How Important is Post-Position Draw for $16 Million Pegasus World Cup?

Some advice on betting the Pegasus World Cup scheduled for Saturday at Gulfstream Park.

A big week is scheduled at Gulfstream Park in Hallandale Beach, Florida. Saturday, Jan. 27 is the $16 million Pegasus World Cup Invitational, the world's richest race where 12 horses will go into the starting gate competing for the first place prize of more than $9 million.

On Thursday, Jan. 25 the Eclipse Awards will be presented to the 2017 champions of horse racing. Gun Runner will be awarded 2017 Horse of the Year, and then run the final race of his career in the Pegasus World Cup Saturday. 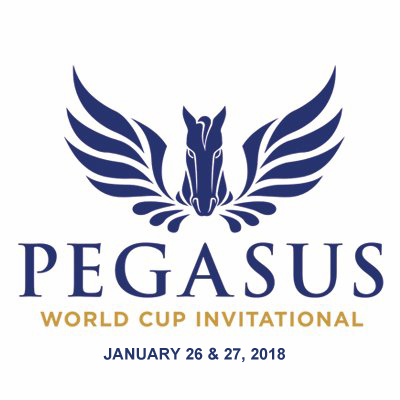 But leading into the Eclipse Awards and the big $16 million Pegasus is Wednesday's post-position draw. And that's where the advantages and odds could change. Gun Runner is the heavy 3-5 favorite and will take a ton of betting action at the windows and leading sportsbooks in pari-mutuel betting. But what if he draws post 10, 11 or 12 on the outside? Those not as familiar with Gulfstream Park should know that the run to the first turn in the 1 1/8 mile race is shorter than most tracks. Horses from outside post positions are susceptible to losing ground so critical that it can't be overcome. That's what happened to 2016 Florida Derby favorite Gunnevera, who had to cover more ground and was unable to catch the winner Always Dreaming, who then went on to capture the Kentucky Derby. That's also what happened to California Chrome in last year's Pegasus World Cup, his final race, when he drew the outside post No. 12 and finished ninth.

So Gun Runner and his front-running style may not be able to break to the front and get swung out wider on the first turn if he's stuck in an outside post. That would also impact at least two other horses that are expected to run along the front and be pressing the pace, Collected and Giant Expectations.

Here are some interesting post-position stats for a 1 1/8 mile race at Gulfstream Park. Noted Daily Racing Form Handicapper Mike Watchmaker researched and says that since the conclusion of last year's Pegasus World Cup, there have been eight races contested at 1 1/8 miles at Gulfstream Park. Seven of the winners broke from posts 1-4. The other winner was a filly that broke from post 12 last month, joining 2006 Florida Derby winner Big Brown as the only two horses since the rebuilt Gulfstream opened in 2006 to win going nine furlongs (1 1/8 miles) from post No. 12. Know too that there have been 223 horses to break from posts 9 through 14 going nine furlongs since 2006, and only 10 of them have won. During last year's winter meet at Gulfstream leading into the Pegasus, horses going two turns on the main track were 0-for-25 breaking from posts 8 through 14.

Some of these horses, including the filly Stellar Wind, will likely go off at even longer odds, noting that during last year's Pegasus World Cup three horses closed at odds greater than 130-1 when 4-5 favorite Arrogate won from post No. 1. Keen Ice, in post 9 finished 4th; the best of those horses in posts 8 through 12.