Hot Betting Events for the Weekend of July 9-11

Huge betting opportunities are on tap for the weekend. Check out the betting tips for the NBA Playoffs, the Euro 2020 Final and UFC.

The NBA Finals head back to Milwaukee with the Bucks trailing 2-0 in the series. In soccer action, EURO 2020 heads into the final game with Italy facing England and UFC 264 features Connor McGregor in the title bout.

The NBA Finals return to Fiserv Auditorium as the Bucks try to dig their way out of a 0-2 hole. The Phoenix Suns look poised to take the NBA Championship after two convincing wins this week. Game 3 tips off on Sunday night at 8PM in Milwaukee and the Bucks could probably use the extra day off. The Bucks are 4 point favorites with a total of 222 at BetAnySports and most outlets in Vegas.

Two-time MVP Giannis Antetokounmpo will have to get some help from Chris Middleton and Jrue Holiday if Milwaukee will have any chance to get the series even at home. Giannis poured in 42 on Thursday night, despite a fragile left knee but the rest of the team shot poorly, defended poorly and were generally outplayed.

The Suns have followed the injury trend in these playoffs, losing Dario Šarić to an ACL tear in Game 1 and playing without Torrey Craig for the remainder of Game 2 after he was diagnosed with a right knee contusion in the 3rd quarter. Saric had been playing solid minutes a backup center since the second round of the playoffs and the Suns obviously missed his help in Game defending Giannis.

The Bucks went down 0-2 to the Nets before roaring back at home to even the series and have won all but one game at home this playoff series. The Bucks are +385 to win the NBA Championship. Players who are looking to back the dog will not find a better number than right now. 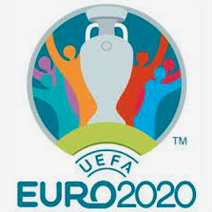 After two weeks and 50 matches, the finals of Euro 2020 will take place at Wembley stadium between Italy and England. England has been the betting favorite at to win the Euro Cup since France failed to make the Round of 16, and the betting odds for Sunday's Finals match at 3PM show England as a slight favorite at the top online sportsbooks.

The match will be played on the Three Lions home turf, site of their last finals trophy. Unfortunately, that was 55 years ago! Italy has been rolling and is looking to avenge their last time on the world stage, missing out on the 2018 World Cup.

This is a tale of two different styles. England has shown defensive solidity and tactical discipline throughout the tournament, while Italy has dominated the midfield, taking risks at both ends of the pitch. Dozens of props will be available for the match at sportsbooks, with first and anytime goal scorer in many players' crosshairs. Henry Kane has four goals in the tourney and is a +185 anytime goal scorer and Raheem Sterling (2 goals) is +330 for England.

Saturday night is a big one for MMA action as Dustin Poirier takes on Conor McGregor in the main event of UFC 264. This is the third time these two fighters have met. McGregor knocked Poirier out in 2014, and Poirier returned the favor back at UFC 257 just six months ago in January.

McGregor has been talking trash and even kicked Poirier at the weigh-in, but Poirier, the #6 pound-for-pound ranked UFC fighter, is a -126 or better favorite at the top online sportsbooks. Both fighters are 32. Odds and betting are available for all 12 fights on the card and the Main Event is scheduled for 10PM.

Industry giant BetOnline is offering a great contest for UFC 264. The $5,000 UFC 264 Predictor is open and ready for selections, which can be changed right up until Saturday night. Players pick 12 questions listed and the tie-breaker for a shot at the $500 top prize. In all, the top 75 players will get paid in the form of a free play to use at betonline.ag. To qualify for the prizes, players must bet $25 or more in real-money on UFC 264, either in one wager or a combination of wagers and live betting counts towards this stipulation. Head to BetOnline.ag to get involved.

JAZZ Sports is back with the "Boosted Odds" special, with a Boost on the Burns/Thompson UFC Fight that precedes the main event this Saturday night! Just mention OSGA to claim your Boost!

Head to JazzSports.ag and sign up today. Mention OSGA to get the Odds Boost!