Good News! You have NOT Missed the Belmont Stakes

Don't check the airline schedule or head for the MTA subway.  No, you cannot be IN New York, New York at "Big Sandy" for horse racing's great event, the Belmont Stakes on Saturday. The Coronavirus has taken care of that possibility. It will eliminate the usual crowd of 80,000 people roaring the third jewel of this unique mile and a half race.

In fact, this year the Belmont will be the first race of the incredible event that is the Triple Crown and dates to 1867.  And because the "test of champions" will be the initial event this year, they have cut the traditional distance to one mile and an eighth. We know it ain't right, but hey. 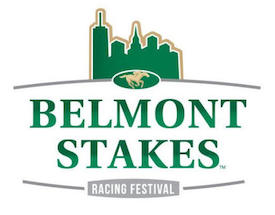 2020 Belmont Stakes oddsCall it the "test of survivors" this racing season as many expected favorites have already fallen off due to injury. The race itself was highly in doubt a few months ago as COVID-19 was engulfing New York.

Still, here we are this weekend with no enthusiasm dampened, expecting the usual unbelievable card of supplementary stakes races taking place at Belmont and a nice field of ten 3-year old horses entered for the 152nd running.

Here is my brief breakdown of the field and a few comments:

#1 - Tap It To Win
This is a speed sort that will be considered the "now horse". He has improved a great deal, coming off two straight wins. Having Hall of Famer John Velasquez ride will help.  Also, the shorter 1 1/8 distance is a plus.  Should he get an easy lead with an easy pace, a danger.

#2  - Sole Volante
Jockey Luca Panici's big race inexperience really concerns me. I suppose the trainer decided to stay with him out of loyalty. All good races thus far, but only a major factor with a serious fast pace. Listed at 9-2 morning line odds, I believe he will be about 8-1 to 10-1 by post time.

#3 - Max Player
Only three races, although the last one was a nice win in the Withers Stakes at neighboring track Aqueduct. A longshot that had a good workout.

#4 - Modernist
Another likely longshot listed at 15-1 odds. Might be more in contention because he seems to like this distance. Trainer Bill Mott always a factor and no truly bad races on his resume.

#5 - Farmington Road
Like so many others, could benefit from a speed duel, because Farmington Road likes to run off the pace.  Would have likely loved the Belmont's original mile and a half distance. Great jockey Javier Castellano is a big asset. Also, with HOF trainer Todd Pletcher saddling will give this horse a shot.

#6 - For Left
The mystery horse who might be quite a sleeper. His west coast connections in trainer Doug O'Neill and owner Reddam Racing have won Triple Crown races before. Off for over four months since winning in Dubai, not sure why he is listed at 30-1 morning odds. I believe he will be far less, come race time.

#7 - Jungle Runner
The total outsider here. I suppose classic owner Calumet wanted to have an entrant in the field. He's been buried in four straight races. BIG Pass.

#8 - Tiz the Law
Your race favorite and deservedly so. Likely even money here for a spectacular win in the Florida Derby at Gulfstream Park. His resume also includes a dominant win in the Champagne Stakes, right here at Belmont.  You cannot say anything bad about him and a must include within all exotic tickets. The only way he finishes off the board is some strange off effort. Only chink may be good jockey Manny Franco, who has yet to win a Triple Crown race.

#9 - Dr. Post
As it is known at the track, the wiseguy horse. Translated means the insider choice for those in the know who are not backing the obvious favorite. That is why despite only three races, this horse is listed as a sneaky third choice in the early wagering. Also has hot jockey Irad Ortiz Jr. in the saddle. Too bad the grandstand will be empty on Saturday. For IF The Doctor indeed wins there would have been 10,000 nauseating guys running around telling others. "I told you so".

#10 - Pneumatic
Keep your eye on this guy. He was 2 for 2 going into the Matt Winn stakes at Oaklawn Park last month before finishing a good third behind Maxfield. If Maxfield wasn't hurt, he would have been a close second choice to Tiz the Law in this race. Pneumatic might be overlooked breaking from the outside post. The mile and an eighth could be the perfect distance for him. One of the serious contenders.

I am looking past obvious race favorite Tiz the Law because this race is more wide-open than appears, with many who can win. From several contenders, I am going with PNEUMATIC to stay within the front runners and make one major push down the stretch. As a potential upset, FOR LEFT, if he can set a reasonable pace and not get seriously threatened. Must include TIZ THE LAW on the ticket as it is his race to win and I can’t see him finishing off the board.

PNEUMATIC
TIZ THE LAW
FOR LEFT

The race is scheduled for 5:42 PM ET with NBC broadcasting. NBCSports is covering all of the preliminary stakes races throughout Saturday.  The list of top online sportsbooks has all the wagering options and possibilities covered within their menus.

Yes, things are a little strange this year running a Belmont with no fans on-track in the third week of June.  But if you think that is weird, imagine a Kentucky Derby on Labor Day weekend and a Preakness in October.  It’s gonna happen and you can bet on it . . .