Harltey looks at another miss by the horse racing industry. This time it's the refusal to enter Derby winner Rich Strike in the second leg of the Triple Crown.

With no chance for a Triple Crown, Saturday's Preakness is just another stakes race

In a recent article I mentioned that horse racing needed a feel-good story and a controversial free year beginning with the Kentucky Derby, to help the industry regain some of its lost credibility following numerous horse doping scandals and horse deaths at Santa Anita Park. The stage seemed to have been set for just that when Rich Strike, the longest shot on board at 80/1 odds in the Kentucky Derby, came storming through the stretch to win the Run for the Roses. It was a true Cinderella story as the horse wasn't even scheduled to run but got in the field after a scratch the day before the Derby, and it showed many people who have been struggling due to the pandemic, high inflation and other concerns that in America anything is possible.

"My husband lost his job due to the pandemic and hasn't been able to find suitable work since," one horse bettor from New York told me. "We put $10 on Rich Strike and after getting back over $400 I turned to him and said, 'see there’s always hope.' I hope this horse wins the Triple Crown and then we’ll know for sure that things can and will turn around."

Russell Crowe told a somewhat similar story in the movie Cinderella Man when he recounted the rise and fall of boxer James Braddock. The true story took place during the great depression when a sizable percentage of the population lost all their savings and struggled to make ends meet. Braddock himself became an irrelevant fighter and was unable to pay the bills, but he honed his skills as a boxer working in a shipyard and after beating several other boxers in a step-up competition, earned a title fight with Max Baer. In one scene, Braddock’s wife (played by Renee Zellweger) didn't want her husband to fight Bear fearing for fear of his life, but after conceding he was going to fight anyways, she went to the church to pray for him. She looked around and saw a church full of poor, disheveled but hopeful men. She then said to the pastor "I came to pray for Jim." The pastor looked at all the people in the pews and replied "So did they. They all think that Jim’s fighting for them."

Braddock went on to beat Baer and in his next fight, Braddock defended his title against Joe Louis and lost in the 8th round. The purse from the Louis fight, however, gave Braddock enough money to guarantee his family’s future and also to buy the shipyard where he worked to provide other men down on their luck with work. Many tried to discourage Braddock from fighting Louis believing that Louis was a far superior boxer, but Braddock was willing to put up his belt despite long odds of succeeding. Braddock apparently said "I have to at least try" when he agreed to the fight. 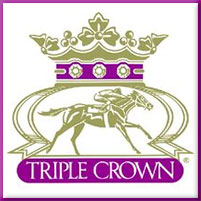 That brings us to the Kentucky Derby winner Rich Strike. It was just assumed that trainer Eric Reed would run Rich Strike in the Preakness, but he has chosen not to, saying he doesn’t like his chances in the race and is pointing Rich Strike to the Belmont Stakes instead. Since the start of the Triple Crown series there have been 42 times where horses that won the Derby have skipped the Preakness, although it's been 37 years since a horse has done so for reason other than an injury. Last year’s winner Mandaloun can’t be included since he only acquired the victory in February of this year after the authorities decided to strip the late Medina Spirit of the win for his positive drug test. The last horse to actually skip the Preakness on a strategy decision was Spend a Buck in 1985, who skipped the Preakness for a better opportunity.

In that year, the owner of Garden State Park put up a challenge whereby any horse who could win the two Kentucky Derby prep races at Garden State Park and Cherry Hill Racetrack, along with the Kentucky Derby and the Jersey Derby on May 27th would win $2 million. Having won the first three races of the challenge, owner Denis Diaz and trainer Cam Gambolati thought it was an easy decision to run Spend a Buck in the much easier Jersey Derby than the Preakness.  And Spend a Buck did get win the race and the $2 million prize. Some racing pundits criticized the connections for bucking the opportunity at a Triple Crown, although most realized that the $2 million bonus was too good to pass up.

The last Derby winner prior to Spend a Buck to skip the Preakness after winning the Kentucky Derby was Gato Del Sol, who won the Derby at 21-1 odds in 1982. Aloma’s Ruler won the Preakness that year and Conquistador Cielo won the Belmont Stakes, beating Gato del Sol by almost 14 lengths. All three Triple Crown winners met up again at the Travers Stakes and were beaten by the Canadian horse Runaway Groom.

Edwin Gregson, who trained Gato Del Sol, along with the horse’s owners, were vilified by many horse racing insiders, track officials and the media for skipping the Preakness. The connections were called cowards and they were accused of ruining the sport by passing up the opportunity for a Triple Crown. One paper admonished Gregson for running the horse in the Derby saying, "if you don’t want a Triple Crown, then get out of the way and let another horse run in the Derby that won’t pass up on the honor."

Arthur Hancock, one of Gato Del Sol's owners, put the blame for not running in the Preakness solely on the trainer for the decision not to run.

"He (Gregson) just didn't want to run him. I was just so euphoric from winning the Derby, I thought it was OK. The trainer always knows the horse, so I left it up to him. The trainer is with the horse 24/7. In my early days I'd seen too many people telling their trainer what to do and it usually ended up in disaster."

Unlike Spend a Buck, there was no other lure for skipping the Preakness. And to this day many bemoan Gregson's decision saying it was the beginning of when the Triple Crown started to lose relevance in the sports and betting worlds. It also ruined the horse’s legacy. Gato del Sol only won one other race after that, an allowance race in 1985, and most handicappers and experts have deemed Gato Del Sol as the most undeserved winner in the Kentucky Derby’s history. Much of that scorn was also aimed at the trainer and the decision to skip the Preakness. 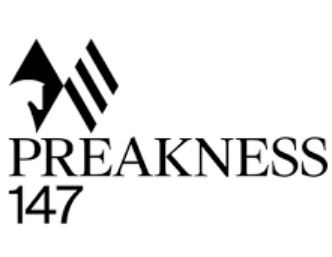 So, it's not surprising that Eric Reed is now receiving much of the same criticism that Gregson got in 1982. The TV stations are upset as they know viewership will decrease for the race, and connections at Pimlico Race Course, including the Stronach Group, are angry at Reed, not only because the lack of a possible Triple Crown winner makes the race less meaningful, affecting attendance and handle, but also because the horse racing industry needs some good vibes to fall back on and Reed has stripped them of that. The Medina Spirit debacle and the horse deaths are still fairly recent and after a record handle and interest in this year’s Kentucky Derby, this decision is a real blow.

Adam Burns, props director at BetOnline.ag said, "After the excitement the Kentucky Derby finish accumulated, not having Rich Strike in the Preakness field is disappointing for the books as well as the fans. The betting handle will be a fraction of what it would've been with him running."

No doubt Reed will say that he needs to do what he believes is the best for the horse, but most experts think he should suck it up and like Braddock "at last try." Many other horses who won the Derby were expected to tank in the Preakness due to their running style but went on to win anyway. Examples are War Emblem and I’ll Have Another. And Mine that Bird, who won the 2009 Kentucky Derby with a similar run to Rich Strike, came a close second in the Preakness. But if Rich Strike fails to do anything after this, Reed is threatening the horse's legacy and possible breeding fees as the horse will just be seen as a loser who simply got lucky and passed a lot of tiring horses in a weak Derby field, similar to Gato Del Sol. The horse only had one other win prior to that in a maiden claiming race as a 2-year-old and in his races prior to the Derby he got trounced by others in the race.

Reed has the opportunity to prove everyone wrong by running a good race in the Preakness, win or lose, but his decision to pass on the Preakness will simply provide ammunition to those in the industry to label the horse as mediocre horse that got lucky.

Naturally the James Braddock story is far more dramatic than the situation with Rich Strike, but the notion is the same. Whether it’s a boxer, a golfer, a tennis player or any athlete in a non-team sport, it behooves the athlete to give the fans and the sport what they deserve and that means playing in all major events, even if it’s not the best fit for them. Because, as a professional athlete, you “at least try” to be the best in tough spots and you show loyalty to all those who have put their trust in you and pay your salary. It also gives your loyal followers some hope. It’s too bad that Eric Reed doesn’t feel that loyalty to the struggling horse racing industry or horse racing fans.