Language has appeared in a $56.3 million spending bill approved by the Senate Appropriations Committee that closely mimicks RAWA.

As has been widely reported, Lindsay Graham has snuck language into a Senate bill that he hopes will force other Senators to consider more seriously the Restoration of Americas Wire Act (RAWA) and eventually pass Sheldon Adelson's effort to ban all online gambling. Senate Report 114-239 – "The Departments of Commerce and Justice, Science, and Related Agencies Appropriations Bill, 2017" has a section that states the following:

"Internet Gambling – Since 1961, the Wire Act has prohibited nearly all forms of gambling over interstate wires, including the Internet. However, beginning in 2011, certain States began to permit Internet gambling. The Committee notes that the Wire Act did not change in 2011. The Committee also notes that the Supreme Court of the United States has stated that "criminal laws are for courts, not for the Government to construe.' Abramski v. U.S., 134 S. Ct. 2259, 2274 (2014) (internal citation omitted)."

The main purpose of the bill approved by the Senate was to provide funding to combat wildlife trafficking and guidance to communities that were seeking funding for potential recovery from terrorist acts, but somehow Graham decided that online gambling, including poker, was relevant to be placed here too.

For those suffering from déjà vu, the same tactic was more or less used in the passing of the UIGEA.

"A poll conducted in 2006 showed that over 78% of American adults didn't want online gambling banned."

Versions of the Unlawful Internet Gambling Enforcement Act (UIGEA) were originally introduced by Jon Kyl and other Republicans in the early 2000s but kept failing to get the votes in the House. As a last ditch effort to force an internet gambling bill on the American public before the 2006 midterm elections, Republican Senator Bill Frist attached the UIGEA to the SAFE Port Act, which was a must pass bill that was geared to keep U.S. ports safe from terrorist attacks. The bill had already been agreed to by the vast majority of legislators, so by attaching the UIGEA portion to the SAFE Port Act, it forced legislators to accept this new attachment in order to get the original bill passed, as it was an all or nothing deal. And in all fairness most of the Senators and Congressmen who had already committed to the SAFE Port Act didn't even know about the attachment when they voted. That hastily passed bill has turned out to be a disaster not only for gamblers but also for the anti-gambling crusaders.

Honest, well-funded, gambling companies like Pinnacle Sports, Bodog and WWTS left the U.S. market to try and adhere to the law but the majority of companies including many smaller offshore companies have continued to thrive targeting U.S. customers. Worse for the anti-gambling crowd, in order to make it appear that the law was not aiming at contests or lotteries, an exemption was given for fantasy sports and lotteries and some creative entrepreneurs used the language of the new law to introduce daily fantasy sports, since there was no indication of how much money could be wagered on fantasy sports or what time period the sports had to be played in to be legal. Consequently, DraftKings and FanDuel were allowed to explode without any real regulation and as we all know that came to a head last year when a New York Times report showed that DraftKings allowed insider betting and employees benefited greatly at the expense of other customers.

This put states in a horrible predicament since daily fantasy sports is clearly a form of online gambling that was allowed to run rampant and became a huge hit with gamblers and leagues. As such some states are trying to ban the product, while others are trying to legalize and regulate it. It is clearly just a mess.

Had the UIGEA actually been debated this eventuality may have been noticed and addressed before it became reality.

Fortunately, the language of the Senate Appropriations bill does not make online gambling illegal nor does it have any real consequence like the SAFE Port Act did, but if it is signed in without any changes then it could lead the way for Graham and his cohorts to introduce legislation calling for RAWA to be adapted because it "was signed" by the Senate and by the House in a corresponding House Appropriations Bill. And according to sources I've spoken to once the bill, as part of a larger conference report is introduced, it will be presented as an all or nothing proposition meaning that no one can make changes to any part of the report. RAWA would likely be included with the language it has now that would ban all forms of online gambling, including what is legally taking place now in New Jersey, Nevada and Delaware. Any changes would have to be made before the Appropriations bill is signed.

The whole process is laughable and was actually mimicked in a Simpsons episode when a law was passed that allowed planes to fly over residential houses. In an effort to get the planes to fly away from their house the Simpsons had Krusty the Clown (who was just elected as a Congressmen) attach a new air traffic bill to the must pass "Flags for Orphans Bill," while politicians who were opposed to the new attachment were either bribed or diverted away from the floor so they couldn't vote. Of course that was comedy but this unfortunately is reality.

And what makes it worse is that Graham hasn't put the wording into the bill because he has a personal concern on the matter, but rather to appease a billionaire donor who made his fortune in gambling but doesn't want to have to compete with a new form of gambling that he doesn't understand and likely doesn't think he can be as good at as his competitors. Let's put this into a context other than gambling. 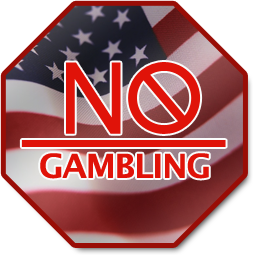 Suppose that AstraZeneca comes up with a new cholesterol lowering drug that is safe, effective and has none of the side effects of statins. Seeing this, the CEO of Pfizer realizes that the release of this drug will kill interest in Lipitor and destroy sales and Pfizer's stock prices he goes to his friends in Congress and The Senate and asks them to somehow come up with a plan to ensure that drug never sees the market. In order to appease the CEO, (a friend and large donor), the Senator finds a can't miss anti-terrorism bill and attaches a bill that would make the chemicals in the cholesterol lowering drug illegal and hence unavailable to Americans. Seems crazy? According to several lobbyists I've spoken to this is exactly the way things work in the United States every day. The public just doesn't see it. And no doubt Graham is hoping it will go unnoticed or unchallenged, since Internet gambling just isn't a topic that many are really concerned about.

One positive for gamblers is that similar tactics were used last year by Graham and Jason Chaffetz to get interest in their anti-gambling bills by introducing them at other committees, but each time they were shot down by attendees, who have made it clear that they do not believe online gambling is an issue for the feds to address and should only be considered at the state level. And since this appropriations bill has received so much attention in the press at an early stage, there will be enough opposition to the bill that the section on Internet gambling will likely be scratched from the appropriations bill before it is signed.

But it's these types of shenanigans and veiled attempts to thwart democracy which have made Americans so leery of federal politics and has resulted in popular non-establishment candidates that are not owing to big corporate donors or special interest groups like Donald Trump and Bernie Sanders. A Zogby poll conducted in 2006 showed that over 78% of American adults didn't want online gambling banned and over 80% today say that gambling should be a state issue. But the likes of Frist, Graham and Chaffetz have told Americans they are wrong and that they should do as they are told for their own good. It's not only undemocratic but it borders fascism.

So what's next for this bill?

As mentioned it was noticed early enough and has gotten enough media attention that no doubt there will be pressure put on Graham to remove that portion of the appropriations bill before it is sent for a vote. Thus far it has only been introduced in the Senate so it still has to be debated and undoubtedly the same parties that opposed the law last year because they believe it violates state's rights will demand that part of the bill be stricken; the other casino companies will probably demand it be changed; and representatives from the various tribes will likely have people present demanding that portion be stricken as well since eventually they want to benefit from online gambling.

So this undemocratic attempt will fail but the fact that Graham is willing to go to this length to appease a gambling mogul just to avoid competition is disgusting. Hopefully voters will take that into consideration when they go to the polls in November.