Now that Donald Trump is the presumptive Republican Presidential nominee the one question that many are wondering is "Who will Trump choose as his running mate?" A few of us in the industry were discussing some options and names like Chris Christie, Ben Carson, Susana Martinez and Newt Gingrich come up most often, but there was also some belief that Trump may want to ride his popularity as an outsider and choose someone more like himself rather than someone from the establishment. To do that he would be looking for someone who is proudly rich, bold, not worried about saying the wrong thing and someone that would carry on his platforms if God forbid he was unable to complete his term as President.

The one name that immediately popped to mind was Wayne Allyn Root.

I recalled when interviewing Root as a Libertarian candidate for the 2008 election that in many ways his comments resembled those of Trump. He was not afraid to say the wrong thing and he was passionate in his beliefs. And it's also evident that Trump and Root get along quite well. The following is posted as a comment on Root's website www.rootforamerica.com:

"You're in the right place...Opportunity is knocking, and Wayne Root will show you how to seize it. He knows how to be tenacious and relentless—and how to win!" –Donald J. Trump

I thus decided to contact Root and find out if he would be interested in becoming Trump's VP, if he is asked, as well as reasons he believes he would be a good choice. Moreover, I was curious why Root believed Trump would be a good candidate for the betting community and what opinions he would give Trump if he was asked to be on the team. The interview was quite intriguing:

HH: Would you be interested in becoming Trump's Vice President?
Root: "I was the first major national political commentator to predict Trump would win the nomination and eventually the election. I was the first to endorse him. That was last June. I've never wavered since- not for one minute. I knew he was "the one." I was the first to compare him to Ronald Reagan. I was the first to point out to conservatives why Trump was and is the perfect candidate. I've made hundreds of TV and radio appearances to defend Donald and make the case for a President Trump. I've written dozens of commentaries pointing out why Trump is the best choice to save America and capitalism. I've even pointed out why the establishment and "power players" were willing to do anything to stop him. My opinions have gone viral and reached tens of millions of Americans. I've made the case for Donald on Israeli TV, Japanese TV, Russian TV, Canadian TV and BBC World News. Now I have only one goal- electing Donald Trump as President of the United States. I'll do anything that would help the cause. I'll be thrilled and honored to serve any role that accomplishes that goal."

HH: Why should Trump choose you as his Vice President?
Root: "Donald Trump has many fantastic choices for VP. I think John Kasich would make a fine VP- all roads to the White House lead through Ohio. Dr. Ben Carson would make a fine VP. He is perhaps the world's most brilliant doctor. He'd be the perfect CEO of the U.S. healthcare system- I'd love to see the Vice President assigned one job: repealing and replacing Obamacare. There are several fine Governors - from Chris Christie, to Susana Martinez of New Mexico, and Nikki Haley of South Carolina.

I have no idea what my best role would be for the Trump campaign. I just want to do my part. I know my talents. I'm a small businessman who understands how badly Obama has destroyed the U.S. economy. I'm a business speaker all over the world - my topic is entrepreneurship. As a speaker leading rallies, I think I could make Donald's case anywhere in this country. My background is branding, marketing and advertising. I think I could help create and draft advertising campaigns that would help elect President Donald Trump. So whatever role I can contribute to the campaign, I'm there. I have four young children - I just know there is a small window to save this country. I want to keep the American Dream alive for my children."

HH: Why should fiscal conservatives and libertarians, including gamblers, care that you are on the ticket?
Root: "I don't know about any ticket. I was the Libertarian Vice Presidential nominee in 2008. Once in a lifetime is pretty amazing. I don't think anyone gets a second shot, for a different party. But as far as being on "the Trump team" in any capacity to get people excited about President Trump, I'm ready for that role. I believe in the same things as Donald Trump; economic freedom, limited government, smaller government, far less spending, far lower entitlement spending, lower taxes, drastically reduced regulations, the end of Obamacare, pay down the debt, build the wall, secure the border, bring illegal immigration to a halt, keep Syrian refugees and Muslim migrants out until we can figure out how to properly vet them and safeguard our children from terrorism...and perhaps most importantly, I believe in putting America and American workers first...second...third and forever.

HH: For those who want to see legalized online gambling and sports betting throughout the U.S., many are leery of Republicans because in the past Republicans have been the party that introduced anti-gambling legislation. Is Trump different? If so, why would he be a good president for gamblers in your opinion?
Root: "First, I want to make clear I'm not speaking for the Trump campaign in any official capacity. Trump can speak for Trump. But here is my personal opinion. Donald will be good for everyone - not just white or black, or men or women, or gamblers or religious Christians. Before we worry about specific issues or groups, we have to save the U.S. economy and capitalism. They are on the edge of disaster. I feel that a complete economic collapse is coming. It has all been papered over by massive Fed money printing, artificial low interest rates, world-record entitlement spending, and an unimaginable $19 trillion in debt.

We are in an Obama Great Depression right now. Business is horrible thanks to high taxes, massive onerous regulations, Obamacare, climate change fraud, EPA mafia tactics, IRS persecution of business, and an open border that is overwhelming our system with millions of illegal aliens milking the budget dry. If we don't elect Trump, our economy collapses and no one wins - not big business, not small business, not the middle class, not blacks or whites, not men or women, not gamblers or religious Christians. 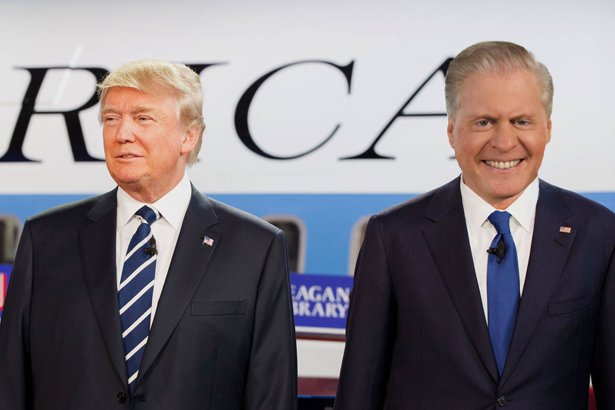 Donald Trump will turn around this economy like my hero Ronald Reagan and create eight wonderful years where we can all prosper. America will be open for business again. Businessmen and entrepreneurs will be celebrated, not demonized and persecuted.

That's good for gambling too. Or does anyone think socialism has been a boon for gambling? Do you see any gambling riches in Cuba, Venezuela or Greece? The policies of the Democrat Party are a disaster for everyone. High taxes, regulations and the disaster of Obamacare kill all consumer spending- so no one has any disposable money left for gambling. Donald Trump - the ultimate capitalist - will change all of that.

If business, jobs, the middle class or gambling is to survive, let alone prosper, we REQUIRE President Donald J. Trump."

HH: If you were asked to be on his team, what advice would you give Trump now to ensure he wins the swing states like Florida, Pennsylvania and Michigan where he currently leads?
Root: "My advice to Donald Trump is so simple: Talk about the economy, economy, economy...and middle class jobs. Don't let Hillary, Bernie, Obama or the biased liberal media distract you with abortion, or any divisive or minor issues. This election is about Obama, Hillary and their idiotic ideas destroying the economy, killing jobs and murdering the middle class.

Despite all the fake stats and propaganda from the Obama administration...and all the media lies, just tell the truth about what has happened and every middle class American will vote for Trump. They can't cover it up. It's right in front of us all. Do you believe your own eyes, your own bank account, or Obama? Every middle class person knows what has happened to their jobs, incomes and assets. They know it's very bad. They know they have been targeted for destruction. They know the difference between truth and propaganda. Just tell the truth and paint the real picture... and Donald Trump is the next President of the United States.

I am proud to say I was the first national media and political personality in America to have that exact vision a year ago."

So it seems clear from the interview that Wayne Allyn Root is interested in being a part of Trump's campaign, if not the Vice President candidate. Root, like Trump, is a traditional fiscal conservative, the type that many Republican voters respected and voted for before the religious right hijacked the party. He wants the focus to be on the economy, American security and respecting people's bank accounts rather than social issues like abortion or same sex marriage.

Is Root a serious choice for Vice President? Probably not, but he would be a great spokesperson for Trump's team and he would be extremely loyal. Naturally it's a longshot, but this whole campaign year has been strange, so anything is possible. With Root and Trump at the helm people will not be told how to spend their hard earned dollars as has been the case with the last two Bush presidents. And if Trump and Root do become President and Vice President we can all be assured that it will be a new glorious time for those who love to gamble whether it be at casinos or online.

And if Root is chosen to have a significant part of the Trump team, remember where you read it first.