Betting tips and previews for one of the most anticipated weekends in college football, rivalry week.

College football rivalry week has arrived, and the biggest weekend of NCAA football rivalry games is showcased over this Thanksgiving holiday weekend. Whether it's a team's last home game, revenge rematch, conference championship or bowl eligibility at stake, these rivalry games bring out the greatest emotion and energy from the players, teams and coaches.

Rivalry games are considered the lifeblood of college football and some of the most anticipated games of the season. This is a time when bitter enemies play for personal pride, past players, fans, recruiting wars and state supremacy. The underdog may have a losing record and be playing this as their 'bowl' game to salvage a lost season, while also trying to ruin the enemy's season. These games attract special attention and coverage from the media, but thousands of fans and alumni across the nation look forward to at least one contest per season; the game against their biggest rival.

These rivalry games present an interesting dynamic from a handicapping and college football betting perspective, as statistical profiles and won/loss records are often trumped by emotion, intensity and the situational handicapping that is often at its contrary peak during rivalry week. Major line adjustments are made not only from recent results, but the situations surrounding teams such as bowl eligibility, conference title game appearances or in a number of team's cases with upcoming rivalry games – a chance to secure a spot in the BCS playoffs and a shot at the College Football National Championship.

This past weekend we witnessed a pair of Pac-12 rivals slug it out when USC (-16) beat crosstown rival UCLA 28-23 despite the Bruins out-gaining the Trojans 501-417. The other big 'Dog that got the money in defeat was Cal (+14), who came up just short in the Big Game vs rival Stanford, 17-14, with the Cardinal having a little edge in total yards.

Here is a list of this weekend's biggest rivalry games, and some situations surrounding many of the meaningful games as November football concludes with many rivalry games defining a college football team's season.

Alabama, Clemson, Miami, Oklahoma, Wisconsin, Auburn and Georgia are the teams at the top of the current Bowl Subdivision Poll ranked by the College Football Selection Committee. Four of those teams will play in the BSC playoff, and the winner of the Alabama vs Auburn game will join the five others in their conference championship games. Clemson and Miami meet in the ACC title game next week with the winner advancing to the BSC playoffs.

The leading offshore sportsbooks will take big betting action this week with so many rivalry games and key contests, and BookMaker sportsbook posted these lines on Sunday night Nov. 19. 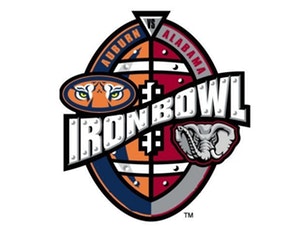 Alabama (-4) at Auburn – Iron Bowl. Winner to the SEC title game vs. Georgia, and one of these teams goes to BSC Playoffs with Auburn trying to become the first-ever 2-loss team to make the 4-team playoff.

Wisconsin (-17) at Minnesota – Paul Bunyan Axe. Wisconsin is undefeated and plays Ohio State next week in the Big Ten Championship Game. Two more victories and the Badgers are in the BSC Playoff. One Wisconsin loss may send two SEC teams to the BSC playoff.

Washington State at Washington (-9.5) – Apple Cup and Huskies to the Pac-12 Championship game vs. USC with a victory.

As you analyze the teams, statistics and situations surrounding these rivalry games, know that the emotions are high and the pressure to win is often at its peak. Recognize the betting lines, value and what's at stake before you bet, raise or consider going 'all-in'. Going broke because your emotions caused you to go on tilt is not a disciplined approach or prudent play.

And if you believe that even the biggest or ugliest 'Dogs are too tough to support with your hard-earned money, see the UCLA and Cal covers in defeat last Saturday, or even Kansas (+24), winless in the Big 12, who outgained Kansas State by more than 140 yards in a home defeat, 30-20. Last season, NC State (+12) rolled up nearly 500 yards to knock off rival North Carolina, 28-21. I'll also remind you that a decade ago in 2007 we cashed our biggest rivalry game when the Pitt Panthers (+29) upset undefeated West Virginia 13-9 in the Backyard Brawl to knock the Mountaineers out of the National Championship picture. Our big puppy 'Dog also delivered an easy 'under' the total winner in that game against the high-powered West Virginia offense; proving again that defenses and intensity levels rise in these emotional rivalry games.