The Wyoming Cowboys and New Mexico State Aggies will christen their 2018 college football regular season campaigns on Saturday 8/25. The opening kickoff from Aggies Memorial Stadium in Las Cruces, New Mexico is slated for 8:00 PM ET. Currently (8/23), the college football betting odds at 5Dimes is showing Wyoming as a 4.0-point road favorite and there’s a posted total of 45.0. This will be a first meeting between these schools on the gridiron since 1956. 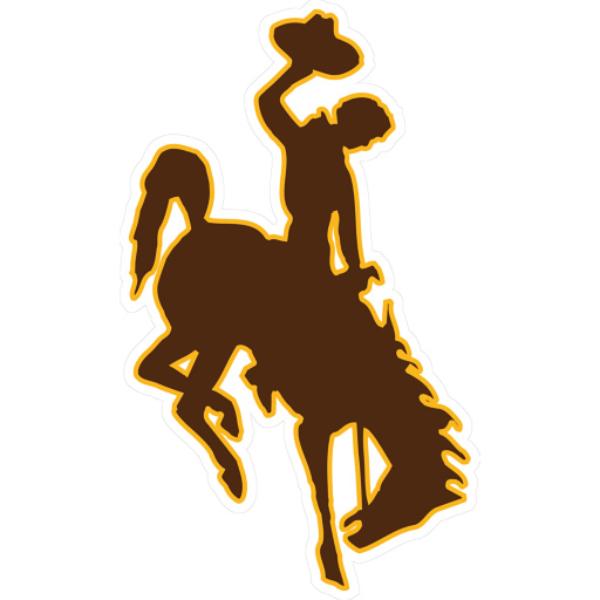 Wyoming is coming off a successful 8-5 year. The Cowboys season concluded with a convincing 37-14 win over Central Michigan in the Famous Idaho Potato Bowl. The good news is Wyoming will return 18 starters from a season ago. The bad news, they must replace last year’s starting quarterback Josh Allen who was Buffalo’s 2018 NFL first round draft pick (7th overall selection).

The strength of this Wyoming team will be their very experienced defense. The Cowboys stop unit allowed just 17.5 points per game a season ago while sacking opposing quarterbacks 33 times and forcing an enormous 38 turnovers.

Wyoming’s offense does return 9 starters from last year’s bowl team. However, it was an offense that produced just 23.5 points per game and that’s with a superb talent like Josh Allen under center. Their offensive line play in 2018 left much to be desired. Wyoming quarterbacks were sacked 26 times and their rushing attack averaged a mere 3.2 yards per attempt.

Despite going an uninspiring 7-6 in 2017, it was a somewhat momentous year for the New Mexico State Aggies football program. For starters, it was just their 5th winning season since 1967. The real headline story was they played in a bowl game for a first time since 1960. Furthermore, they defeated Utah State 26-20 as a 6.0-point underdog in the Arizona Bowl to conclude a colossaly uplifting season. 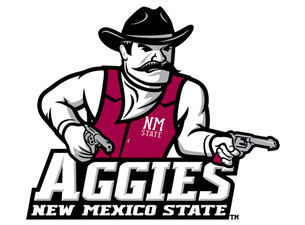 Like their opponent on Saturday, New Mexico State’s defense figures to be its calling card. They’ll be returning 9 defensive starters from last year’s squad. The Aggies didn’t exactly have eye popping defensive statistics in 2017. Nevertheless, New Mexico State’s stop unit showed considerable progress compared to the year before. They improved by better than 16 points and 100 yards per game defensively in 2017 compared to their 2016 numbers.

Akin to Wyoming, the Aggies have a huge question mark at quarterback. Last year’s starting signal caller Tyler Rogers graduated. All Rogers did in 2017 was throw for 4016 yards and 27 touchdowns. They also must replace leading rusher Larry Rose who ran for 997 yards and 10 touchdowns. Rose also had 55 pass receptions for 552 yards and 2 additional touchdowns. Moreover, last year’s top producing wide receiver Jaleel Scott (79 catches, 1079 yards, 9 touchdowns) has also departed. On a positive note, the offensive line returns virtually intact. Those big guys up front paved the way for a rushing attack that chipped in for 1398 yards.

After going a pathetic 10-38 in his first 5 years as head coach at New Mexico State, Doug Martin was on the proverbial hot seat heading into 2017. The Aggies were able to win their final 2 regular season games to become bowl eligible, and with their postseason win likely saved Martin’s job. The Aggies coaching staff can ill afford to become complacent with last year’s moderate success, and need to take advantage of momentum gained from last year’s strong finish.

On paper Wyoming would seem to be the stronger side. But this just in, games aren’t won on paper. Wyoming was a remarkable +24 in turnover margin last season, and yet they somehow managed to lose 5 games. My professional experience has shown me that teams who were beneficiaries of such a huge plus turnover differential season, very seldom come close to matching that prosperity the following year.

It also must be noted, Wyoming has lost 10 straight non-conference road games. Their last win in that role came way back in 2011 when they squeaked by with a 28-27 victory at Bowling Green. By the way, the Cowboys have lost their first road game in each of the last 6 and 15 of their previous 16 seasons.

I believe New Mexico State’s defense will take another giant step in the right direction. That unit will more than do its part in providing the Aggies an ample opportunity to pull off a mild upset. However, momma didn’t raise no fool, and I’ll gladly take the points as an added bonus. When it comes to college football betting, stout defensive home underdogs have historically proven to be a very profitable proposition.