FairwayJay chips in more insight, analysis and picks on the four Top 25 matchups and the key college football games generating the most betting interest in Week 5

A 3-0 chip-in on Week 3 picks and opinions was followed by a bogey pick in Week 4 plus a pair a leans that delivered the green including the Notre Dame Fighting Irish' beatdown of the Wisconsin Badgers. The calendar has hit October and the top 25 features four match-ups in Week 5 that are generating the most interest and bets at the leading online sportsbooks.

There are currently 26 undefeated FBS teams entering October 5, and eight of them are competing in the four Top 25 matchups in Week 5. That includes the biggest mover in the Top 25 AP Poll, as Arkansas is up to No. 8 after taking down Texas A&M last week. Now the Hogs have to do even heavier lifting traveling to No. 2 Georgia this week.

Power conference teams like NC State (+10.5) beat ACC and national power Clemson 27-21 in OT. The Clemson Tigers have fallen from the Top 5 to No. 25 and out of the college football playoff picture. NC State was +320 moneyline, while Oregon State was +330 in their 45-27 triumph over the USC Trojans as a 10-point puppy. Recall we picked Oregon (+14.5) in their Week 2 win over Ohio State in a Top 25 contest that we review weekly with picks, opinions and leans.

I'll provide more rushing numbers and impact of turnovers in the month ahead, but onto the Top 25 college football match-ups and picks this week with the largest college football schedule of the season.

Ole Miss at Alabama
Line: Alabama -15 and Total 79.5 at Bookmaker

Alabama QB Bryce Young and Ole Miss QB Matt Corral have significantly separated themselves as the two Heisman Trophy favorites entering October. The total has risen to a whopping 79.5 points in an expected shootout, and the spread is down sharply from the opener of Alabama -20. Sharps stepped in on Ole Miss, and we'll give an opinion on the Rebels after picking Florida in Week 3 at this same price when the Gators rallied but came up short in a 31-29 loss to No. 1 Alabama. Situational support for the Rebels off a bye and a pair of blowout wins over weaker opponents prior, and the Rebels stats may be skewed but they still lead the country averaging 636 yards and 53 points per per game having out-gained their three opponents by an average of 294 yards per game - tops in the country. Ole Miss head coach Lane Kiffin is 0-7 and 2-5 ATS vs ranked teams the last 5 years. But he can upgrade those marks vs his former boss Nick Saban and Alabama.

Arkansas at Georgia
Line: Georgia -18 and Total 49.5 at BetOnline

An impressive 4-0 start for Arkansas, and the Razorbacks look legit with a much improved defense allowing 267 yards per game. But a major test will prove to be too much against Georgia's dominant defense that is also allowing just 185 YPG - best in the country. Both teams are top 5 in the country in yards per play margin and yards per game differential with Georgia +3.64 YPPL (No. 1 in country) and +273 YPG (No. 2) and Arkansas +2.98 YPPL and +215 yards per game. Dual QB Jefferson and WR Burks were banged up in last week's win over A&M, but should be ready to go. A low total suggests taking the points with the undefeated and hopeful Hogs in another SEC Top 25 clash.

Opinion: Under 49.5 and lean Arkansas

These teams are a combined 5-2 over/under this season and both teams games have averaged 58 points per game. Yet the total has dipped a full point. The Bearcats enter off a bye having beaten a pair of weak opponents to start the season and then a road win at Indiana in which Cincinnati was out-gained by nearly 50 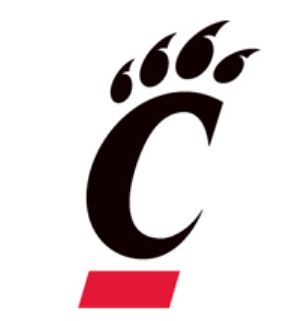 yards and benefitted from four Hoosier turnovers. The Bearcats are 3-8 over/under in their last 11 games vs winning opponents and 2-6 over/under vs most recent non-conference opponents. Notre Dame is 1-5 over/under in their last six as a home underdog. The Bearcats defense is still legit, and started the season projected as one of the better defenses in the country. Notre Dame's game was going under last week until a pair of pick 6 TD returns by the Irish ignited 31 unanswered points. Cincinnati steps up and looks to prove they belong in the College Football Playoff discussion as a Group of Five power. The Bearcats are only 3-8 on the road under head coach Luke Fickell against winning teams. But Bearcats senior QB Desmond Ridder is mobile and can make plays down the field in the passing game behind a solid offensive line. Notre Dame QB Jack Coan is still questionable to play following an ankle injury in last week's win, but he's been taking first team reps this week with backup Drew Pyne. If you like the Irish, you may want to be sure Coan plays. You may also get a slightly better number on Cincinnati. Still, despite Notre Dame sporting 19 straight regular season wins and 26 straight home wins, we'll call for those streaks to end.

The Bears were out-gained 479-285 last week but escaped 31-29 at home versus Iowa State, who has fallen out of the Top 25 after starting the season No.5. But a look at Baylor's soft early schedule shows wins over Texas State, Texas Southern and Kansas. Now the Bears hit the road for their toughest challenge against a 4-0 Oklahoma State team that has beaten Tulsa, Boise State and Kansas State last week to open Big 12 play while outgaining the Wildcats 481-260 in a 31-20 win. The Cowboys are 3-0 at home and have benefitted from some opponents injuries and turnovers. But the SOS edge combined with projected rushing and total yards advantage puts us on the Cowboys. Oklahoma State buried Baylor 42-3 in Waco to close last season and piled up more than 600 yards offense. Head coach Mike Gundy has perhaps been holding back a bit and not showing all his cards for the offense thus far, but not this week. The Cowboys are also 9-1 SU and 8-2 ATS as home favorites under head coach Mike Gundy when tackling the Bears in Stillwater.

Other Top 25 games of interest

Texas (-4) at TCU. The Longhorns will move into the Top 25 next week with a road win over the Horned Frogs.

No. 13 BYU (-8.5) at Utah State. The Cougars are 4-0 and moving up the polls and play a Friday night feature against state rival Utah State.