This is the time of the college basketball season when many of our long term positive profiles and strong situations develop. Second meets, qualified revenge situations, last home games and additional profiles and parameters produce profit year after year. I study scheduling, stats, shooting, rebounding, assist/turnover ratio's and also identify top defensive teams knowing we can also use this info and pace evaluation to produce more profit when shopping the best numbers at the sports books and betting totals.

I come off my best betting night of the college basketball season on Feb. 15, hitting literally everything on a big card. Some solid favorites like Nevada (-6) in a season sweep situation with strong match-up and stats support led our betting card. Coach Mussleman is quietly doing one of the best jobs in the country up in Reno, as the Wolf Pack are chasing a Mountain West Conference title and they bounced back off a loss at San Diego State to shoot down the Falcons at Air Force 78-59. A season-ending home game March 4 vs. Colorado State could be for the conference title between the current league leaders. 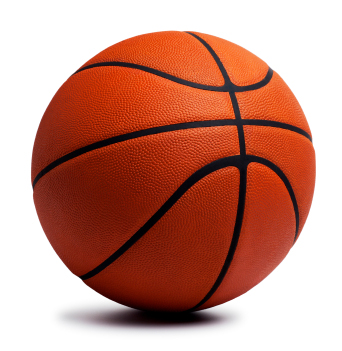 Double-digit 'Dogs are covering at better than a 63% clip since the end of January, but that didn't prevent us from lining up on Butler (-10), and the Bulldogs 110-86 blowout of St. John's was a qualified revenge situation for a late December loss at St. John's. Butler was laying 8.5 points on the road in December and now just -10 in a solid bounce-back second meet situation off a loss. St. John's freshman trio of guards found Hinkle Fieldhouse a tough bone to bite as Butler improved to 12-2 at home and the Bulldogs are in 2nd place in the Big East behind top-ranked Villanova.

70% ATS Winning Situation: Play on team that is playing with same season revenge for a loss as favorite of 7 or more points.

Fresno State's 77-59 win over San Jose State was also a similar qualified late season second meet situation as above, and the Bulldogs (-7.5) blew out the Spartans in the second half to redeem an early January loss at San Jose. SJST (13-11) is much improved off their 9 win season a year ago, and SJST entered on a 4-0 SU/ATS run with three straight wins as underdog. Fresno was on a 0-3 SU and 0-5 ATS downer, yet some proven late season and revenge situational profiles prevailed, proving also that momentum teams can be stopped in their tracks by a motivated team that in this case was also the better team with stats to support.

On the 'Dog log, we cashed in some real ugly puppies. Anyone play last place South Florida (+20) at home vs. Cincinnati in their 68-54 defeat? Cincinnati had their 15-game winning streak snapped the game prior in a 1st place showdown at SMU. A letdown was inevitable off that emotional game, and combined with a 41-point pounding of USF in the seasons first meeting, the Bearcats were not going to be or bring their best on the road rematch. The game set up a solid 'Big 'Dog/Big Revenge' second meet situation on the bad Bulls, as the setup goes far beyond any stat profiles that significantly favored Cincinnati. But as you also dig deeper into the beat writers coverage and 'coach speak', you can get some additional insight into the teams mental makeup and approach. That includes losing teams like the Bulls, who often 'toss the towel' at this time of year with no postseason party or tournament reward on the horizon. But interim coach Bartone has the Bulls battling and believing despite being outmanned often.

"Their spirit is so incredibly good. Practices have been great. The energy has been good. We've lost a lot of games in a row, but they never pout, they never get down, and they never feel sorry for themselves."

A pair of Rams hooked horns in the Atlantic 10, and we passed Fordham (+13) the ball and they delivered the biggest upset of the night, beating Rhode Island on the road 53-43. It was ugly shooting by both teams, hitting 3-of-15 and 2-of-20 from beyond the arch, but situational and emotional analysis led us to this easy winner. Rhode Island was off a very emotional 75-74 home loss to Dayton that would have moved them into the top-4 in conference play with an outside shot at the conference crown. Finishing top-4 in the A-10 is key come conference seeding time with those four getting byes into the quarterfinals. A victory over NCAA Tournament-bound Dayton would have also built Rhode Island's case for NCAA inclusion. Instead, the emotional components of college basketball reared up against the home standing Rams. Few would know that Fordham coach Neubauer is 29-12 ATS when his teams are installed as double-digit 'Dogs, but this combination and the key emotional component of big game impact and letdown is something to watch for and identify in remaining late-season play.

Our final Big Ugly Dog (this BUD's for you) came through without a sweat, as Tulane (+24), off 8-straight losses, fit some positive profiles against a heated SMU team that was off their first-place showdown redemption win over Cincinnati. That victory improved SMU (23-4) to 15-0 at home, one of just 9 remaining undefeated home teams this season.

The price was clearly inflated, and who was going to bet on bottom-feeder Tulane (4-21) against American Conference leader SMU after the Mustangs beat the Green Wave 80-64 a month earlier? The line maker clearly knows this, and in another real downer and letdown situation, SMU was a near no-show sleep walking through the first half as Tulane was putting together the biggest surprise of the season leading 42-27 at halftime. The Ponies recovered from the slow start and accelerated and galloped down the lane in the second half for an 80-75 victory, but yet again the emotional and situational analysis and experience in identifying such setups provided a layup winner in this situational Big Dog play of the day.

In the closing weeks of the regular season and college conference tournaments, we'll have some additional situations in play that fit our proven profiles with additional subsets and parameters to guide you to more winners. When we combine some of these late season situations with positive statistical parameters in our match-up evaluation, we should be able to beat the bookmaker more often.

A few final situations to identify this weekend and through the remaining regular season college basketball games.

Winning teams playing at home off back-to-back losses are a proven winning profile. And if the home team is playing with same season revenge it's even stronger. Add in a defensive dominator and you're on to something even better. These teams often bring great energy and effort knowing conference titles, seeding and a potential NCAA tournament bid is on the line. Some teams with 'need' often 'bleed', but the situational and motivational components combined with some line value with teams off losses can get you more ATS winners and hopefully close ones in tight game-ending situations.