Calvin Ridley’s suspension for gambling is far too harsh

With the NFL creating ever expanding betting partnerships, the Calvin Ridley suspension for gambling is too severe..

Ridley suspension is an overreach by Goodell and the NFL

Questions regarding gambling by athletes, coaches, and people with other interests in professional games has been a topic of discussion for years. The first sport to allow gambling was horse racing and generally there were no specific rules in its early years regarding jockeys, trainers or owners placing bets. But after long discussions about the possibility of jockeys throwing races, the racing associations across the world came up with a rule they could all live by. The rules stated that jockeys cannot place any bets on horse racing or commission others to bet for them, while owners and trainers are allowed to bet, but in races they have horses entered, they can only bet on their own horse to win. There are no limitations for betting on races where they have no interest.

The next sport to be tested on betting was soccer, and the rule for the first few years after the Betting Act was passed in the UK was that players and coaches could only bet on their own teams. That was changed to disallow players to bet on any games that involved their teams, but after numerous betting scandals, in 2014 the FA (Football Association) which oversees all of the biggest leagues in the UK, along various other leagues in Europe changed the rule to disallow players to bet on any soccer game anywhere in the world or to pass on inside information to anyone that could allow them to profit from the news. This means that players on Manchester United cannot place a bet on a Major League Soccer game in the U.S. or even a minor tournament in Africa. The rule is clear – no bets on soccer anywhere – or face large fines and suspensions. Players are permitted to bet on other sports, however.

Other sports have different rules, although the generally accepted rule is that athletes cannot bet on events that include them or their team and, in some cases, they can't bet on any games in their sport. The NCAA also has a rule that players cannot bet on any sports whatsoever or they could face suspensions and/or loss of scholarships.

Why all the Rules?

The reasoning for disallowing anyone to bet on games they are involved is that it could encourage the athlete to cheat for financial gain or to play differently if they have an added incentive to win. This is particularly true if they bet on a point spread, prop or any bet that is not a straight out win by their team.

That brings us to the Calvin Ridley situation. According to reports, Calvin Ridley, who makes $11 million a year as a receiver for the Atlanta Falcons, opened an account with the Hard Rock Sportsbook app in Florida in November 2021, which at the time was legal under the compact signed between Ron DeSantis and the Seminole Tribe  (It was since declared illegal by the federal government). Reports indicate Ridley set up the account with his own name and his real information, so he clearly wasn't trying to hide his actions as many athletes who got caught up in betting scandals have done.

He placed three $500 bets on multi-team parlays in NFL games, all including the Falcons to win the games outright. Ridley wasn't even on the field at the time as placed the bets when he was on the non-football injury list to address his mental health. And, even though the bets all included his own team to win outright, the league has chosen to suspend Ridley for a year and in making the announcement, Commissioner Roger Goodell made the following statements:

"There is nothing more fundamental to the NFL’s success – and to the reputation of everyone associated with our league – than upholding the integrity of the game.

Your actions put the integrity of the game at risk, threatened to damage public confidence in professional football, and potentially undermined the reputations of your fellow players throughout the NFL.

For decades, gambling on NFL games has been considered among the most significant violations of league policy warranting the most substantial sanction."

Goodell is correct about the league's stance, but it can't be overlooked that after SCOTUS repealed PASPA and other leagues accepted betting on their sports, the NFL quickly jumped aboard and set up partnerships with sports betting companies, including the announcement in April of 2021 that DraftKings was a partner of the NFL and exclusive partner for fantasy sports. That does not excuse Ridley's actions, but indications are that the league never came out and told its players that despite the new realities of betting in the U.S., wagering on NFL games was still off limits to them. Ridley should have known that was the case, but there is no doubt the mixed messaging by the league could have affected his actions. It is hard to believe that any star player would risk their career to place an insignificant multi-team wager and not even try to hide their identity.

After the FA changed its rules, there have been some high-profile cases where players were fined or suspended when they were found out to be betting on soccer, including eleven outright bans for betting on the sport. However, from all reports I read, after the league changed the rules, the first players who were caught betting on soccer games had their betting reviewed and if it was determined that they didn’t bet on their own games or do anything that could be equated to match fixing or providing insider information, they were given a stern warning and/or a fine and the FA took the opportunity to remind all players that the ban on betting applied to all soccer games and not just ones they were involved in and any violation could lead to termination. According to sources, the league felt that would have more weight and impact on the sport than simply banning the player outright. In fact the FA even created a section on their website to remind everyone of the rules FA betting guidelines and the code of conduct. And these rules are posted everywhere so players could not plead ignorance if they placed a bet.

So, one has to wonder if the NFL would be better served to take a similar approach to the FA, rather than the one-year suspension and possible ban of Ridley. It's clear that his bets could not result in match fixing, nor could he be operating on inside information, he simply made a stupid mistake. By using Ridley as a reminder that under no circumstances can players bet on NFL games going forward or they could face suspension or termination, it could have more weight than trying to make an example of him, especially considering that the NFL keeps increasing betting partnerships. Aside from having more impact by using his case as a stern warning like the FA apparently did with its first violators after the new rules were put in place, if the league does uphold the suspension, then they could be opening a Pandora's box. 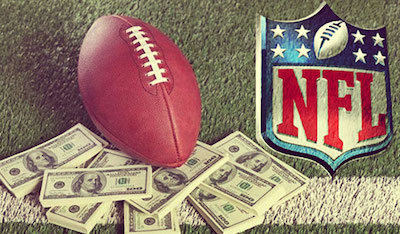 The league will then have to examine all reports of alleged betting breaches in the last five years and if there were more star players who were also confused about the rules on betting because of the new league partnerships, then all their actions will have to be looked into. This could result in large suspensions that could harm the reputation of the whole league and the league could be opening a Pandora's box. When MLB decided to look more closely at steroid use in the game, they ended up implicating many of their star players, including Barry Bonds and Roger Clemens, and baseball has still never fully recovered from the effective witch hunt. That was obviously different since the use of steroids directly impacted the player’s performances, but it does not change the fact that baseball’s reputation and popularity was worsened by having these cases brought to light and banning them from the games. And it also sullied the reputations of star players like Bonds, Clemens and Mark McGwire who are unfairly been blackballed from the Baseball Hall of Fame, ignoring all their stellar play prior to the time they started using steroids.

So, the question is now what? Most analysts I spoke to agree that the NFL should announce that after reviewing all the details of the situation, Ridley will not be suspended, but instead will be given a fine that can be used to help create a comprehensive website and information packet about the penalties for gambling on NFL games and an announcement should be made as follows:

"There may have been some confusion about our policy on gambling after the sudden and unexpected repeal of the Professional and Amateur Sports Protection Act by the Supreme Court, the acceptance and legalization of the product in most states, and the NFL’s partnership with various sports betting sites. So, to make things clear, under no circumstances can a player gamble on any NFL game either personally or through an intermediate nor can any player pass on information to others that can help them with gambling. Any player caught violating these rules from this day forward will face an automatic ban from the NFL. There will be a quasi-amnesty for players who have placed bets in the interim. If players are found to have placed bets from 2018 until now through legal, licensed U.S. sportsbooks, but those bets were not using inside information and if there was no game fixing evidence then the player will be excused from their actions but will be monitored closely. However, from this day forward there will be no exceptions to the rule."

If the NFL decides to take that route they will ensure both acceptance by players and avoid a witch hunt that the league may quickly learn to regret.