Plans by MGM for a casino in Osaka, Japan have been put on hold due to the coronavirus.

Casinos in Japan may be another coronavirus casualty

In 2016 the Japanese government passed a law to legalize casinos as long as they are integrated into hotels, convention rooms and shopping centers. As soon as the announcement was made, several Japanese cities began to review the details and their infrastructure and four locations announced an interest in hosting a resort casino. They included Osaka, Yokohama, Nagasaki and Wakayama.

Osaka with a population of close to 3 million people and a bustling tourist city was seen as the big draw and all the major casino companies threw their hat into the ring. The winning casino was expected to be a close fight between Genting Singapore, Galaxy Entertainment, Las Vegas Sands and MGM. However, MGM became the big favorite after it announced it would be throwing all its resources at the Osaka bid and even started selling off Las Vegas casinos to help finance the bid. They initially said they would spend up to $10 billion to build the integrated resort casino and later said it could be as high as $12 billion. In February of this year after reconsidering the likely investment necessary, all interested parties except MGM withdrew their name as potential bidders. Genting, Galaxy, Las Vegas Sands and Wynn all said that they instead plan to focus bids on Yokohoma or possibly Nagasaki where the required investment would be far less. Wakayama has not yet entertained bids, although the region is so small it will likely appeal to more local casino operators or possibly one of the larger casinos, if they can build the resort casino cheap enough.

While MGM has put all its resources into the bid and was hoping the resort casino would be unveiled in time for the 2025 World Expo, the coronavirus has pushed that bid back. Both Osaka and MGM announced that they had to delay their bids and are now looking at opening the Integrated Resort Casino in either 2027 or 2028. The reason for the delay seems to be centered on the fact that interest in land-based gambling is way down as the virus continues to rage and the government has just accepted that they may have to accept less money in the bidding process, although how much less they are willing to take is uncertain. Officially, the statement from Osaka governor Hirofumi Yoshimura was that the government needed to focus all their efforts on the coronavirus instead:

"The situation in the United States means that work between MGM and Osaka is unlikely to proceed for the moment. We have postponed talks. Those staff who were working on the IR bid will now work on the corona crisis," Yoshimura stated.

MGM in a deep quandary

MGM, like all U.S. casino companies, has been decimated financially due to casino closures across the U.S. and particularly in Las Vegas, where the need to revamp casinos to allow for social distancing and eliminate contact has resulted in far less players in the casino at any time. Hotel vacancies are also extremely high. Moreover, cleaning costs have skyrocketed and hotel rooms are being offered for a fraction of the usual price. In fact, some hotels like The Mirage never even reopened. Betting as a whole is also way down since most casino players just aren’t comfortable in returning to land-based facilities and other countries have disallowed travel to the United States due to the high number of cases in America. Online gambling, on the other hand, has soared where it is permitted. And while Osaka was once seen as the Holy Grail, MGM needs to consider the current reality and ask whether they are willing to risk their financial viability for a hope it will pay off in several years with the Integrated Resort. At the same time, if MGM lowers their bid considerably or asks for more time it will possibly bring competitors like Las Vegas Sands, Wynn and Galaxy back into the picture since they only decided to pursue Yokohama when MGM set the price tag on Osaka too high. If the new required investment is say $5 billion, it's almost certain most other casino companies will come back to the Osaka bidding process.

And all the casinos have to ask themselves a different question. Will there be a large enough interest in land-based casino wagering once the pandemic is over to justify the investment?

When estimates were first released after the new law was announced in 2016, it was estimated that the Japanese casino market would be as high as $40 billion annually - equal to what Macau netted at its peak revenue year. A crackdown on Chinese gambling in Macau and Singapore, especially with junkets, was expected to be picked up in the new Japanese resort casinos. But with the pandemic and Macau suffering, it is now believed that China may backtrack and soften the crackdown, since the Chinese government needs new 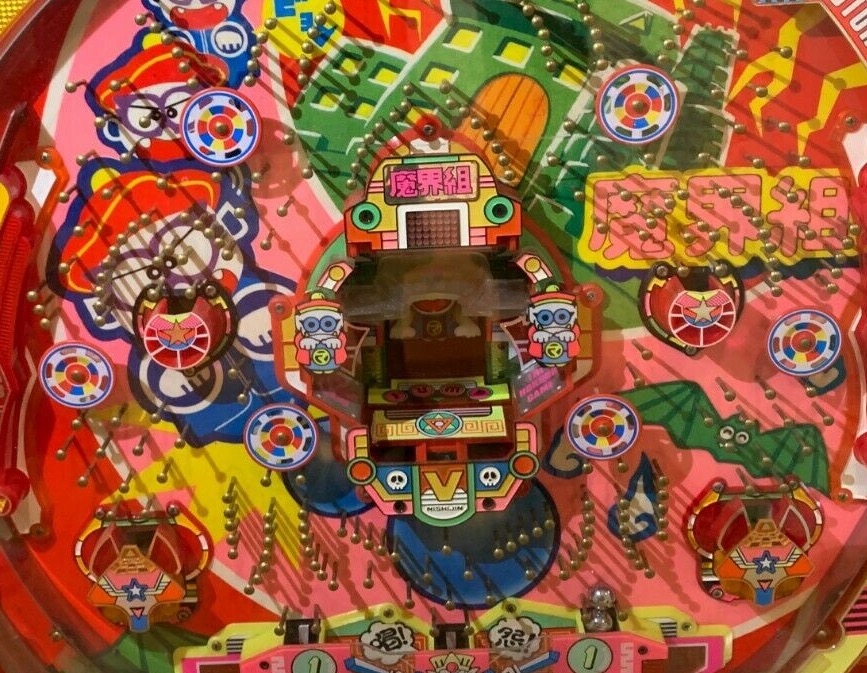 revenue streams after their economy has been battered due to COVID-19. And with many Japanese people discovering the ease and pleasure of wagering online it is expected that the vast majority of Japanese gamblers will simply forego land-based wagering and play at their favorite online casinos instead. Consequently, analysts suggest the market, instead of being worth $40 billion annually, is now worth $25 billion at the most and possibly as little as $10 billion, if all Chinese restrictions are lifted in Macau. And to make things more complicated, it's not even certain if pachinko games will be allowed in the casinos. And, if they aren't, it is unclear if there are many Japanese gamblers that are interested in slot machines and table games. The vast majority of gambling in Japan is on pachinko, a pinball type game that is said to be as much skill as it is luck.

So, it appears the coronavirus has created another casualty. Undoubtedly the Japanese governments and the casino companies all saw huge dollar signs (or maybe yen) when the new law allowing land-based casinos was announced, but the new realities have quelled the enthusiasm. Now the casino companies, and particularly MGM, have to ask how much they are willing to pay to spend to build a single resort casino in Osaka or Yokohama and their governments have to ask how little they are willing to take before they deem the endeavor to not be worth it. No doubt, while talks are on hold, all eyes will be focused on Macau and Las Vegas to see how quickly they can recover when and if there is a viable vaccine and more importantly whether most gamblers will stay in the hotels or whether they choose to stay home and bet online. Unfortunately, it may take a few years for those questions to be answered and who knows what will the Japanese or American gambling markets look like by then.