OSGA writer and video analyst Ross Benjamin reviews a couple of NFL betting predictions he made on the Buffalo Bills months before this season began. Go inside to read this article and find out how accurate Ross' prognostications have been thus far.

The 2020 Buffalo Bill are for real

This past March I wrote an AFC East Futures article in which the Buffalo Bills were my selection to come out on top. At the time of that writing, NFL betting odds at 5Dimes had Buffalo +158. Fast forward to 10/6/2020, and that same offshore sportsbook now has Buffalo down to +115 and rightfully so. 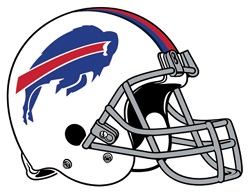 The Bills currently sit atop the AFC East standings with a record of 4-0 which is 2.0 games better than their arch nemesis New England Patriots (2-2). The Dolphins (1-3) and Jets (0-4) are both off to poor starts and do not figure to be a serious threat to either of the current top 2 teams. At this point in time, my prediction is surely looking rock-solid. However, there is a lot of football yet to be played.

The Bills are scheduled to visit Nashville this week for a Sunday matchup against the 3-0 Tennessee Titans. On paper this is an extremely difficult away game for Buffalo. Not only because of the Titans unblemished record, but this is also a team which advanced to last season’s AFC Championship Game where they fell to eventual Super Bowl champion Kansas City. Nonetheless, the Bills may be catching Tennessee in a vulnerable spot. The Titans had last Sunday’s game against Pittsburgh cancelled because there was a slew of positive COVID-19 tests amongst Titans players and staff. Subsequently, the Titans facility was shutdown, and pending no further positive tests will not reopen until Wednesday. It should affect the Titans in some way, shape of form when it comes to preparation and personnel availability. Moreover, Buffalo has gone an outstanding 8-2 during their previous 10 regular season road games.

The Bills will not get much time to rest or recover after battling with an extremely physical Titans squad. The following Thursday night they will be hosting world champion Kansas City. It certainly will be a benchmark game for Buffalo with regards to legitimacy as an AFC power. According to BetOnline, Buffalo is currently is +600 to win the AFC Championship. Only Baltimore at +325 and Kansas City +175 have lower odds.

The catalyst behind that drastic offensive improvement has been 3rd year quarterback Josh Allen. Through the first four games, Allen has passed for 1326 yards and 12 touchdowns versus only one interception. Allen has also run for an additional 83 yards and three scores. The former Wyoming Cowboy threw for just 20 touchdowns and 3089 yards a year ago. At this current pace he would eclipse last season's touchdown tosses by Game 7 at the Jets and his yards passing by Game 10 at Arizona.

Buffalo made a huge trade prior to the 2020 NFL Draft. They acquired wide receiver Stefon Diggs from the Minnesota Vikings for a slew of draft picks, which included a first rounder in 2021. Early returns have been magnificent. Diggs is presently is tied for the NFL lead in receiving yards at 403. Diggs has reeled in 26 pass receptions thus far and is well on his way to a 3rd consecutive 1000-yard season. If the former South Carolina Gamecock star were to continue this torrid pace, he would finish with 8 touchdown receptions, 104 catches, and 1612 receiving yards. Now that is a huge return on investment. Especially considering Diggs is just 26 years of age and under contract for an additional three years.

The Bills calling card in Sean McDermott’s first three years as head coach has been a stout defense. Buffalo was 1st in total defense in 2017, 3rd in 2018, and 2nd last season. At this juncture, they have underachieved and been a bit disappointing. Heading into Week 5, Buffalo is 20th in yards allowed, 27th versus the pass, 25th on 3rd down, and 17th in scoring. I am of the opinion that there is too much talent on this side of the ball for those uninspiring numbers to linger. Look for the Buffalo stop unit to ascend on a steady upward climb as this season progresses.

I also did a video on the Buffalo Bills regular season win total. At that moment in time, I predicted Buffalo would exceed the 9.0 regular season wins that was posted by Bovada. Barring an injury to Josh Allen or several other key personnel, this NFL betting advice should fulfill its promise with room to spare. There has also been nothing to change my mind regarding the Bills dethroning the perennial AFC East Division champion New England Patriots. But like the great late Hall of Famer Yogi Berra once said, "it ain't over, until it's over".