Breaking Down and Betting the NCAA Tournament’s Sweet Sixteen

The Sweet Sixteen pairings are set, and the NCAA Tournament and March Madness continues on Thursday, March 28. For the first time in NCAA Tournament history, all 16 favorites won in the Round of 32, setting up many top-seeded match-ups in the Sweet Sixteen. All No. 1, No. 2 and No. 3 seeds remain, along with two No. 4, one No. 5 and the lone longshot, No. 12 Oregon.

The first game of the Sweet Sixteen features Big Ten regular season co-champion and #3 seed Purdue vs. No. 2 Tennessee (-1.5) in Louisville, KY. That’s followed by the other South Region contest between ACC regular season champion No. 1 Virginia (-8.5) and No. 12 Oregon, who won the Pac-12 tournament to reach the NCAA Tournament. The other Thursday match-ups are the West Region in Anaheim, CA with West Coast Conference kingpin No. 1 Gonzaga (-7.5) against No. 4 Florida State followed by defensive dominators No. 2 Michigan (-2) vs No. 3 Texas Tech, who was co-champion of the Big 12. My one NCAA Tournament future bet made in late February is on the Texas Tech Red Raiders (75-1), who are playing terrific basketball thus far in the tournament. 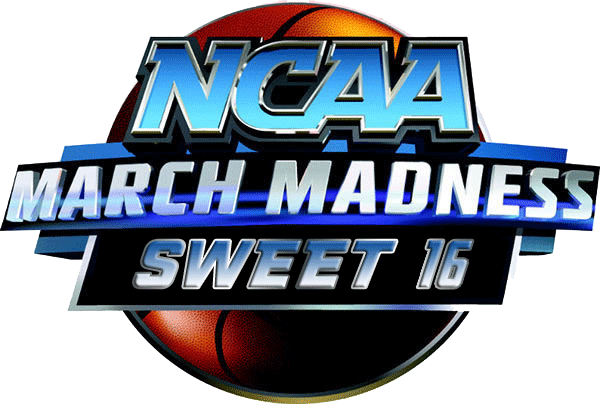 Friday’s Sweet Sixteen match-ups are Big Ten regular season and tournament champion No. 2 Michigan State (-6) vs. SEC regular season champion LSU in the East Region in Washington, DC followed by ACC tournament champ Duke (-7) against fellow ACC foe Virginia Tech. In the Midwest regional, No. 2 North Carolina (-5) tips off against No. 5 Auburn at the Sprint Center in Kansas City, followed by No. 2 Kentucky (-3) against American Athletic Conference champ No. 3 Houston. There has never been a No. 5 seed win the NCAA Tournament, and Auburn will have to outgun North Carolina to move on to the Elite Eight. That game has the biggest move of any with the total bet up from 160 to 165 points at the sportsbooks.

The consensus action at the leading online sportsbooks, provided by Sports Insights, shows Tennessee taking 63% of the side bets while Michigan taking 53% of the bets. The two underdogs on Thursday taking more betting action are Florida State (62%) and Oregon (61%). The moneyline activity shows Tennessee (65%) and Florida State (64%) taking the most action followed by Oregon (60%) and Texas Tech (53%).

Brackets and Betting – Who to Toss

Leading online sportsbook BookMaker is running a ‘second chance’ bracket contest starting with the Sweet Sixteen. Join the March Madness with a second shot, and hope your tip-in doesn’t roll of the rim like UCF’s at the buzzer – which kept millions upon millions of brackets alive with Duke avoiding disaster and elimination.

If you’re considering making any future bets to win the NCAA Tournament at this point, here are the updated odds from leading online sportsbook BookMaker:

History for #1 top seeds since 1985 shows them going 82-22 SU in the Sweet Sixteen. That includes 68-22 SU vs. teams seeded #4 or #5. Until 2015, #1 seeds were getting bounced out of this round going back to 2010, but in the last four years #1 seeds are 12-0 SU and 9-2 ATS (or 9-1-1 as Gonzaga line closed 3 in 2017). Last year, only two No. 1 seeds made it to the Sweet Sixteen, and both won with Villanova and Kansas also winning in the Elite Eight and advancing to the Final Four. Kansas recall was a 5-point favorite over Clemson in the Sweet Sixteen and led by 13 at halftime, 15 with less than 5 minutes to go in the game, and 9 points with one minute remaining. Clemson hit a jumper with 5 second left to lose by 4 points and prevent Jayhawks bettors from cashing what looked like a comfortable winner.

No such thing during March Madness, and note that Tennessee had a 25 point lead last round only to see Iowa come all the way back and force overtime, and the Hawkeyes (+8) covered in a 83-77 defeat.

The match-ups in this year’s Sweet Sixteen look most competitive, but if you’re thinking of tossing any teams, I suggest LSU is a Sweet Sixteen loser to Michigan State, and if you’re holding a LSU Tigers future ticket, you may want to sell it now on PropSwap.

Of the No. 1 seeds, note that Virginia is playing No. 12 Oregon. No. 1 seed teams playing a No. 6 seed or greater in the Sweet Sixteen are 23-0 SU. In a defensive duel, you may want to sell your Oregon Ducks future tickets as well, and the Ducks are at a travel disadvantage having to travel back across the country.

North Carolina and Gonzaga appear to have the tougher tests of the No. 1 seeds, although the Tar Heels road to the Final Four is easiest IMO. Still, don't see NC cutting down the nets, and those two top seeds may be on the bench before the Final Four in Minneapolis. However, see the 3-point shooting stats before going all-in on Duke.

Bet the Sweet 16 at one of these top sportsbooks!

Oregon is 20-for-40 in 3-point shooting in the NCAA Tournament, and the Ducks were a 35% shooting team from beyond the arc this season. Oregon has also held their two tournament opponents to just 11-for-48 from beyond the arc, but now face one of the elite 3-point shooting teams in the country in Virginia, as the Cavaliers hit better than 40% from 3-point range. Oregon is on a smoking 10-0 SU/ATS streak and hitting 38% from the arc in those games while allowing just 23% shooting from long range.

That’s significant variance (randomness), and 3-point shooting is the most difficult to determine and predict.

When North Carolina lost to Duke 74-73 in the ACC Tournament, it was the only time in the three meetings that Duke’s Zion Williamson played the full game. North Carolina made just 4-of-27 shots from beyond the arc, and still only lost by 1-point. Duke was only 5-of-20 from 3-point range, but Duke is also one of the very worst 3-point shooting teams in the country.

So here is the interesting match-up and stats situation for the Duke vs. Virginia Tech Sweet Sixteen contest. Virginia Tech is the No. 2 team in country forcing teams to take 3-pointers. They limit penetration and force more than 50% of opponents shots to be taken from beyond the 3-point line. Duke is the worst 3-point shooting team in the tournament (30.7%). Virginia Tech beat Duke at home 77-72 on Feb. 26, but the Blue Devils were playing without injured star Zion Williamson. Duke was 7-of-21 from 3-point range that game, but the Blue Devils did make 50% of their 2-point shots. Now they have Williamson back inside as a dominant force for this rematch. Still, Duke is 1-7 ATS against teams ranked in the top-50 in forcing 3-point shots, including 0-3 ATS in the games in which Zion Williamson played.

Recent history of #1 seeds in the Sweet Sixteen

Here are the scoring margins this season of the No. 1 seeds – all ranked top 6 in the country with No. 1 North Carolina the most vulnerable.

See you in Minneapolis for the Final Four.