A preview of the Loyola Chicago vs. Kentucky State Elite Eight matchup, the most improbable in NCAA Tournament history.

The madness of March has become magical, and the Elite Eight match-up between #9 Kansas State and #11 Loyola Chicago is going to send a high seed and long shot to San Antonio for the Final Four. But beyond the betting, busted brackets and historical significance of the unprecedented upset of a #16 over a #1 seed, a region (South) missing a top-4 seed in the Sweet Sixteen for the first time ever, and this match-up of the highest pair of seeds to ever match-up in the Elite Eight, is the magnificence in which coach Moser's Loyola Chicago team is marching on with a pass-first approach.

The Ramblers have been putting on a clinic on how to make the extra pass while spacing the floor. The 'hockey pass' they call it, or the extra pass to get an even better shot. Loyola Chicago's offense is dependent on ball movement, and few teams have done it better this season. Spacing, spreading, driving and kicking, the Ramblers run really good offense and also defend very well with a top-25 efficiency defense. The sad part is that until the NCAA tournament, not enough fans have seen the Ramblers play. No national TV games, appearances on ESPN or even a regional network. They dominated the Missouri Valley Conference while going 28-5 this season prior to the NCAA Tournament. And the saddest part of all is that had they not won their conference tournament, the corrupt NCAA committee would have left them out of the tournament. So many teams just need a chance to play in the tournament, and even power programs like Syracuse and Florida State are proving that again in this year's tournament after many questioned their inclusion for an at-large bid, including myself.

So while the media hands out praise for a team that plays as clueless as North Carolina because they score more, it's refreshing to watch a Ramblers team that is so fundamentally sound give nothing away and be able to pass and shoot with such efficiency while also playing strong, sound team defense. Coach Moser was already a solid head coach and excellent tactician before he joined forces with the master, the late Rick Majerus at St. Louis in 2008. Moser turned around an Arkansas Little Rock program in three years, going from 4 wins to 18 wins in just one year, a Sun Belt record. Four years as head coach of Illinois State followed before he was fired, and them hired by Majerus as an assistant at St. Louis. Together they implemented parts of each other's offense along with defensive principles that are rooted in the current Ramblers Elite Eight run. Moser used a spread offense with ball screens at Illinois State, and they combined it with Majerus' motion offense to create more efficiency. Moser took over Loyola Chicago in 2011, and today's team has taken the ball-movement drills learned in practice and turned them into precision-base plays where there is no 'sticky' of the ball. No catch and hold. No catch and dribble. It's catch the ball and shoot, pass or drive in less than 1 second. The ball keeps moving and popping.

Kansas State deserves plenty of praise as well, as Bruce Weber is another coach who turned around a Missouri Valley team and took Southern Illinois to the NCAA Tournament in 2002 and 2003 with a Sweet Sixteen appearance in 2002. He was hired as head coach by Illinois in 2003 and just two years later the Illini went to the national championship game before losing while tying an NCAA record for most wins in a season. His 2011-12 team started 10-0, and Weber was fired following a 17-15 season, citing a lack of recruiting top-end players and more 4 and 5* recruits. He was hired by Kansas State, and in his first year, the Wildcats tied perennial Big 12 power Kansas for the Big 12 regular season title and went to the NCAA Tournament. Just like players who persevere, so too do quality coaches who get let go or fired often for the wrong reasons. It's mostly about money and winning, and perhaps after the Final Four when some of the power programs that recruit illegally get penalized by the NCAA and even the federal government, we'll appreciate more the deeds of deserving teams that have earned their way while battling the corruption that that is part of the NCAA. So it's good to see quality coaches prosper with less talented teams, and make no mistake, these two teams have the least talent of the eight teams remaining in the NCAA Tournament. 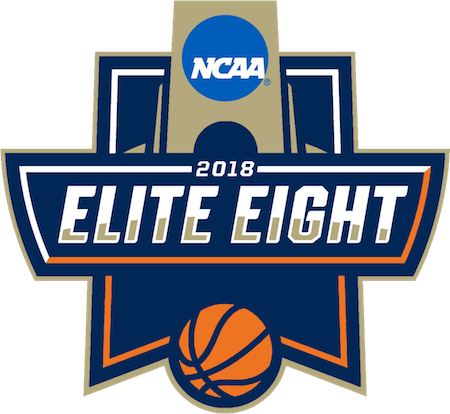 But instead of bashing them for what is sure to be a low-scoring game with less possessions and fewer baskets, just enjoy what you're watching as two teams play with passion and persistence as a cohesive and collective group.

After w:atching these teams play and reviewing all their NCAA games, box scores, opponents, game flow, efficiency numbers and NCAA Tournament results, I've determined an UNDER the total play is in order, despite the linemakers adjustment in this contest and noting that all four NCAA tournament games Friday went over the total.

These teams play at a very slow pace and on defense they force even longer possessions for opponents with strong man coverage. Each teams rebounding is poor, especially on the offensive end, so I still expect fewer second-chance opportunities.

When playing under the total, and a lower one like this, you not only need to avoid overtime, but usually the intentional late game fouls that can often follow if a team is leading in the final minute or two with a moderate lead of three of four possessions. In Friday's Sweet Sixteen contest between Texas Tech and Purdue, the Red Raiders led 30-25 at halftime, and the under looked very strong at 137. We had Texas Tech as a small underdog and the under, and then watched Texas Tech lead the entire second half and win 78-65, as the teams combined for 88 points in the second half with a ridiculous 21 of those points coming in the final 2 minutes as Purdue started the foul fest down by 14 with less than 90 seconds remaining and even zero points in the final 35 seconds. So that's how a solid under can explode, but we're right back supporting the under in this K-State and Loyola Chicago match-up and counting on even fewer possessions and points.

College basketball purists will appreciate watching this Elite Eight contest and the strategy, defense, and patience of two teams that actually guard, pass and make extra ones without the isolation one-on-one play. So many teams in this tournament could learn lessons from these teams, and unfortunately when neither team scores more than 60 points in this contest, the media and other fans will criticize them for not scoring more or providing a more entertaining brand of basketball. I could name a number of teams, beyond just North Carolina, who get these superior athletes who are fundamentally flawed, don't play well in the half court, and don't care to defend much while not buying in totally to the team and coaching philosophy.

In the NCAA Tournament, Loyola Chicago has assisted on 51 of its 77 field goals, or 66.2 percent. The Ramblers have buried game winning baskets in the closing seconds of all three NCAA Tournament victories while winning three games by a total of four points.

Will they become the true Cinderella to make the Final Four, or be finally clawed by the 'Cats in the closing minutes? The adrenaline will certainly be flowing for both these teams as they play for a spot in the Final Four. I don't see their energy being the best, and thus not the continued efficiency on offense. Defense travels, and the team that can get the key stops will likely win, I see plenty of stops with fewer and longer possessions in this contest between two top-25 efficiency defenses. The pressure will mount especially in the second half, and each possession will become more meaningful in a low-possession and low-scoring contest.

Regardless of the result, praise these players for their performances, passing and persistence against the odds, and belief in each other as one team fulfills their lifelong dream and advances to the Final Four.