Bills and Browns bettors need to check their wagers

The lines for the Brown at Bills game have been on a wild ride due to a giant snowstorm and most players will need to rebet the game.

Bettors need to check the rules

It has been widely reported that up to six feet of snow could fall on Buffalo by Sunday and apparently when snow is measured in feet, the NFL gets a bit worried. So, the league has decided to move the Cleveland Browns at Buffalo Bills game in Week 11 to Detroit.

News came out about the giant 'lake effect' snowstorm headed towards Buffalo, where the early line on Sunday at BookMaker for the game had the Bills as an 8.5 point favorite with a total of 47. On Tuesday, the news of a big snowstorm came out and the line dropped to as low as 42.5 at some of the top online sportsbooks. It got to the point where it seemed like the line couldn't drop low enough. 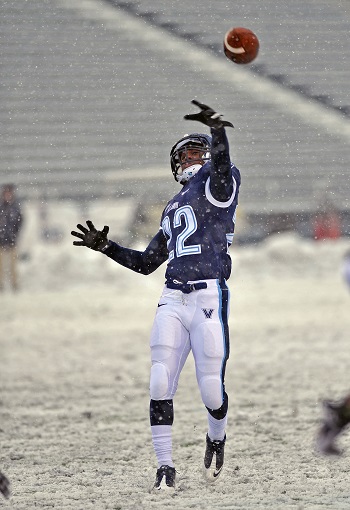 Fast forward to Thursday afternoon. The NFL announced that for fan safety, the Browns at Bills game would be moved to Ford Field in Detroit, inside. The Lions are out-of-town, at the New York Giants, where a stiff breeze may affect the total in that game. But, moving not just from the outdoors venue of Buffalo, but away from all that snow caused a knee jerk reaction from sportsbooks. Many simply took the game down, while some posted the total back up to 48 by Thursday afternoon. Right now the highest total we found was a 50 at Bovada, most books have it at 49 or 49.5

Many early bettors were less than happy about the venue change. Getting a 44 on a game where an epic snowstorm dumps 6 or more feet of snow seemed like an easy play. But with the venue moved a player who took the game near the bottom, which at 42 still looked pretty good, may wind up holding the bag on a total that is almost unwinnable. That's because different sportsbooks have different rules regarding early bets placed before a venue change.

Gamblers who placed a pregame bet at BetOnline, WagerWeb, Heritage, BetUS, or got some reduced-juice at BetAnySports, before the location and venue of the game changed, will have that bet voided and refunded. This is a rule that we thought applied at every book. Sure, it favors the bettor a bit and definitely helps out bettors that grabbed an under 45 as soon as they realized forecasters were calling for more than a typical snowstorm. But, the assumption that the game was outdoors, in the cold environment of Buffalo was the basis for anyone who bet under in this game, even before the snow was predicted. WagerWeb told us that, "All plays have been refunded, as they changed venue, so line will change."

At these outlets and any that 'no action' bets where the location and/or venue has changed, they void all bets on the game. Everything from props to having this game in a three-teamer are cancelled. Players will need to re-bet any wagers that had the Cleveland at Buffalo game included.

But there are also some books that allow bets involved in these types of game altering situation to stand. Upon further investigation several books are allowing all wagers on the Browns/Bills game to stand. Players who wagered the game already at BookMaker or U.S-based Draftkings still have a wager on the game. In other words, despite a drastic change in venue, all action stands and is live. The rule at Bookmaker states, "If for any reason the location of the game is changed from the original site, all bets placed prior to the change in venue will have action."

Though letting the bets stand does seem a bit unfair, it also may have provided an opportunity for sharp bettors and Weather Channel aficionados. If a bettors has risked an Over wager when the total was approaching the rock bottom of 42, as Jim Cantori setup shop in upstate New York, that play is looking pretty good right now. And of course, that game can still go under the total. There has been chaos this week for both teams and it's a neutral field that most likely will only be half filled. It's easy to see that Bills players can be distracted from the task at hand in Detroit watching as the blizzard engulfs their homes, friends and families back in Buffalo.

So the bottom line is to check the rules at any sportsbook where wager has already been placed on the Browns/Bills game or any of the myraid of props that have already been offered. We found most online sportsbooks cover this either in their general rules or sports specific rule section. Though this is an extreme example of a venue change, even for players don't have a wager that is affected, it's time to find out what your sportsbook does in there types of situations.