Those betting on the Dodgers and Astros have already considered it a successful season and caution is urged when wagering on these squads for the remainder of the MLB season.

Many fans and handicappers are gearing up for the football season, as college kickoff is less than 3 weeks away, and the NFL regular season kicks off on Sept. 7. The preseason is in full swing this week as NFL news starts to dominate the sports headlines with college football also in the on-deck circle. But baseball still has one-third of the regular season remaining, and while many recreational bettors will avoid the day-to-day opportunities betting baseball during the 'dog days' of August, there will be some solid opportunities to fade some pitchers and teams and line up on others making a push for the playoffs and pennant.

Those betting on the Los Angeles Dodgers and Houston Astros regularly have already considered it a successful season betting at the sports books. My previous MLB article outlined how teams perform against winning teams and other info and insight including a run-line article.

If you've made money betting on the Dodgers and Astros, I suggest you take your winning and reinvest on other teams or elsewhere. Houston and Los Angeles are the only two teams playing .600 baseball or better. The Astros (71-40, .640) have a 15-game lead in the AL West and are cruising to a division title and the best record in the American League. The Dodgers (79-32, .712) are even better, playing remarkably well at a historically strong pace and continuing at a high-level. The Washington Nationals (65-44, .596) are the other team to watch that is just 1-game under .600 baseball, as the information below pertains to teams playing at least .600 baseball at this stage of the season. 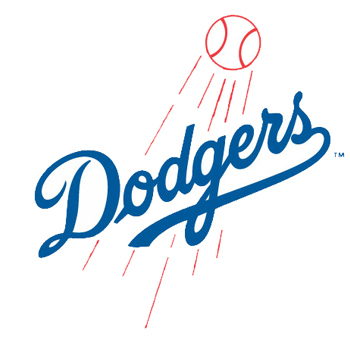 Now 2/3 through the season, the Dodgers will clearly finish above .600, and the Astro's are highly likely to as well. But that doesn't mean they will continue to make money for their betting backers. With win rates above 64% for both teams, the Return on Investment (ROI) against them is historically negative the rest of the way (mostly laying -200 or less), and especially so for a team winning greater than 70% of their games like the Dodgers.

The Dodgers +163 run differential at the All-Star break was the best in National League history. They were on a 30-4 tear at the break, and remarkably LA has been able to continue their strong winning clip going 18-3 since the break and dominating the profit ledger with more than 30-units of profit this season. They are up to +196 run differential and the Astros are +170. The next closest team is The Yankees (+115), Diamondbacks (+114) and Nationals (+112). The Dodgers lead the majors in pitching ERA (3.07) with a league-best bullpen ERA (2.92), and they picked up another strong starting pitcher at the trade deadline in Yu Darvish, who tossed 7 shutout innings of 3-hit ball with 10 K's in his Dodgers debut. Even with ace Clayton Kershaw (15-2, 2.04 ERA) on the mend (DL), along with pitcher Brandon McCarthy, the Dodgers remain a dominant force.

"Caution again when wagering on the Dodgers and Astros . . . "

However, note that unlike the Dodgers, the Astros have fallen off and are just 11-11 since the All-Star break and have been favored in 19 of those games and 11 times by -150 or more. So you can see how riding these hot, winning teams above .600 can also turn out to be a costly ride. Houston also leads the majors in hitting (.291) by a wide margin, and along with their AL-best run differential, they are a popular team to bet, as are most high-octane offensive teams.

But caution again when wagering on the Dodgers and Astros at the sports books, as both maintain 15 game division leads and will have less motivation as the season winds down. Same perhaps for the Nationals, who lead the NL East by 13 games and have no way to increase their playoff position. It may look easy to reduce risk on the Dodgers and make more run-line wagers on Los Angeles. But LA has gone 11-7 on the run line since the All-Star break with four-straight wins by 2-or-more runs. When you include their three losses since the break, you have very little or no profitable result betting the Dodgers to win by 2-or-more runs with many of the huge prices you've had to lay.

Los Angeles has just 22 games remaining vs. winning teams the rest of the regular season, and mostly against the two likely wild card teams in their division, Colorado and Arizona. They have 30 more games against losing teams, so you see LA will be a prohibitive favorite in many games. But it would still be a prudent play to look elsewhere for more profitable opportunities than to bet on the best team in baseball the rest of the way. The best team in the American League, Houston, has provided the prime example over the past month, going just 11-11 and losing nearly 5-units.