Betting the Bowls - The Total Picture

The correlation between rest and points scored is examined in depth and these trends can be applied to NCAA football totals betting throughout the College Bowl season.

Understanding the Impact of Rest for High-Scoring Teams

College football Bowl betting has begun and the results at the sports books have seen scoring down in the opening eight contests. Western Kentucky's 51-31 win over Memphis in the Boca Raton Bowl was the first game to go over the total this Bowl season. Totals are 1-7 over/under thus far.

Many fans and bettors don't like that teams have such a long break between their final regular season game and a Bowl game. A case can clearly be made for expanding to an 8-team playoff, as well as the fact that so many Bowl games just feed the greed of the NCAA. An example is the New Mexico Bowl, which saw Texas San Antonio (6-6) lose to New Mexico 23-20. We bet under the total early, and the posted number dropped from the opener of 62 to sharp steam before kickoff to 54. One of UTSA's six wins was over FCS Alabama State, and two others were against two of the worst teams in college football, Charlotte and Rice. The five teams that the UTSA Roadrunners beat had an average rating 14 points worse than average. So their scoring numbers were inflated based on a schedule of poor opponents, which is part of what our analysis and evaluation below is about.

Clearly the product on the field for Bowl games has become diluted. Now add in the fact that more players and stars are skipping out on their teammates and bowl games due to minor injuries or to protect themselves from potential injury for risk of their stock dropping for the NFL draft, and you have even more reasons to cut back on the bowl games and extend the field for more meaningful playoff games. The loss of some of these key players will also impact scoring, and likely ratings and money for the NCAA as well. 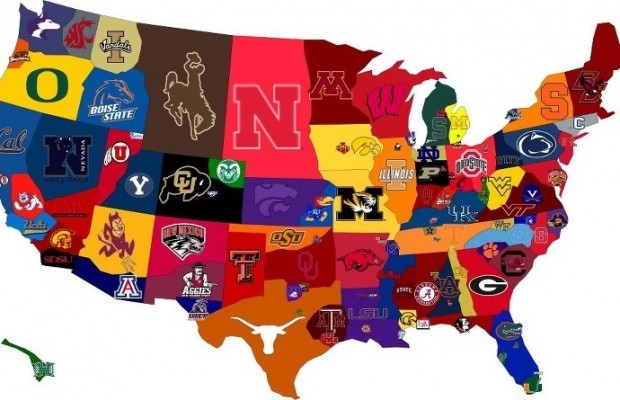 During the regular season, rest or a bye week is often meaningful for teams as they prepare for a big game or conference opponent with more at stake. You can argue that extended rest for a bowl game gives teams more time to prepare and game plan for an opponent, but other distractions including final exams, holidays, travel and Bowl festivities clearly take some of the focus away from football.

As you'll see by the stats below, the rest factor is a pretty significant hurdle for powerful and high-scoring offenses in Bowl games. The longer the rest, the less they score and apparently worse they perform.

The longer the rest and time between games can often mean the team is playing in a better Bowl and against better competition. However, when teams play a strong Bowl opponent, they often find scoring and offensive production to be a little tougher, as those better teams often have stronger players and defenses. Yet the sports books and bettors will often base scoring averages and results on season averages without taking enough credence in the stronger opponents and strength of schedule to see how they performed against the better teams.

The linemaker knows the tendency of bettors to play more games over the total, so you already have a slight tax on many games when playing over the total. But the bottom line is that the perception that teams score more with additional rest is often not the reality.

This information was provided to me by another sports analyst doing scoring and rest research, and of course line and total moves can impact date and results. But the numbers and results are valid and are used to show how scoring does not often reach the expected levels when factoring longer rest and preparation time.

Bowl teams that scored more than 40 points per game: Highest 45.5 to lowest 40 PPG

Of course you need to evaluate the stats and match-ups, and note if an opponent has a stronger or weaker defense, along with health and injury issues or related factors like injured players returning to the lineup for the bowl game. And I'll leave it for you to do some of your own research to determine the rest between games for these high-scoring bowl teams.

Here is one match-up in the National Semifinal Game as reference when Alabama plays Washington in the Peach Bowl Dec. 31. Alabama will be playing with 28 days rest while Washington has 29 days rest. The total has already adjusted and dropped from the opener to 58 to 54, so many bettors have already taken note and made their case to less scoring, and most of the value playing under is lost.

But in evaluating the scoring in relation to rest, the offensive production as shown is less in all cases when the rest gets longer between games once the rest exceeds 21 days. In fact, these high-scoring offenses often actually under-perform by their expected production by a minimum of 5 points per game. In the rare cases when rest exceeds 39 days or more, the scoring really drops off.

While we need to factor in rule changes and increased scoring averages when analyzing or using past totals and numbers in our analysis, it's still an exercise we can use as a tool and understand that the stats used during the regular season do not always meet the production or expected levels set by the bookmaker.

As the Bowl season rolls into late December and moves to January, know that the gift of the holiday season may be to bet on less scoring than expected when these elite offensive teams take the field. The perception that these high-scoring or high-profile teams will score more with additional rest is not always reality, and especially when you factor in the often inflated totals posted by the bookmaker.