Betting Guide and Odds to Win The Masters

Fairway Jay takes his annual look at the Masters in a three-part golf betting series. First up: Evaluating this years' field based on historical trends, odds and betting angles.

Previewing the Masters with Predictions and Betting Tips

For nearly a decade starting in 2003, I have provided golf insight, analysis and match-up selections on PGA events with special interest in the four major championships, including The Masters. I did a weekly radio show in Las Vegas and nationally on Wednesdays providing golf insight and tips, and I often contacted and corresponded with golf professionals, course superintendents, golf writers, journalists, media personnel as well as other handicappers and golf insiders including sports book directors who set the match-up, win odds and proposition wagers. I enjoyed studying and learning more about the players, courses and game to provide additional information, insight and analysis with some picks and predictions.

The tournament that annually draws the most interest in the United States in The Masters. In 2012, the Las Vegas SuperBook reported that the Masters "was the biggest golf tournament, wagering wise, in the history of golf betting." When I inquired to my contacts at the SuperBook prior to the 2017 Masters, they informed me that "each year since 2012 the Master's handle has progressed." The 2018 event will get big ratings and bigger betting interest with Tiger Woods' return to relevance and Augusta National for the first time since 2015. When Woods finished second last month at the Valspar Championship, it drew the biggest TV audience for any non-Masters event since the 2015 PGA Championship

Tiger Woods has won the Masters four times (1997, 2001, 2002, 2005), and his sensational play continued at Augusta from 2006-2013 with seven top-6 finishes over that eight-year stretch. A remarkable 17-year run overall. How dominant was Woods? In 2008, Tiger Woods was an even-money (1-1) favorite at many leading sports books to win the Masters. Think about that. It was unprecedented. He opened at 9-5 odds in Las Vegas the previous August, and then he won the PGA Championship and nearly every tournament he entered heading into the 2008 Masters, where he ultimately finished 2nd behind long shot winner Trevor Immelman. While many fans and gamblers love betting on Woods, this analyst has no interest in a Tiger ticket to win this year's Masters. At leading online sportsbooks, Woods is among the favorites to win the 2018 Masters, and the co-fifth choice at BookMaker at 13-1. In Las Vegas, Woods is the betting favorite at 8-1 at the SuperBook in Las Vegas, down from the 100-1 odds he was listed at last August.

So as betting on golf continues to gain in popularity, especially during the four Major events, it also continues to become even more competitive with the caliber of play on the PGA Tour. The betting handle has continued to increase each year, even without Woods in the field in recent years, and many sports books offer a greater menu of options during the Majors and Masters. The sports books will get plenty of action on tournament matchups, round-by-round matchups, prop bets and on futures win odds, which will account for over 60% of a sports book's handle at many shops. The odds to win are adjusted after each round, and many sports books now offer round-by-round match-up betting.

While it's very difficult to pick outright winners each week in golf, there remains opportunities to cash a solid score with mid-range golfers or long shots. This past weekend leading into the Masters, yet another example of long shot winners emerged. In the ninth playoff of the 2018 PGA season, Ian Poulter (100-1) drained a 20-foot birdie putt on the 72nd hole to force sudden death after Beau Hossler (150-1) just missed his 30-footer by less than a half inch. Poulter won on the first playoff hole to not only win the Houston Open, but earn a trip Augusta for this year's Masters along with a 2-year PGA exemption. A crushing and heartbreaking defeat for 23-year-old Hossler, who was seeking his first PGA Tour victory.

The Masters has produced its share of heartbreak and long shots, including recently in 2016 when Danny Willett (150-1 a week before the Masters) put on the green jacket with a Masters victory after favorite Jordan Spieth let a 5-shot lead get away on the back 9 Sunday. Willett was bet down to 50-1 in some sports books prior to Thursday's opening round, again showing various value opportunities available and also missed. Willett had played in just one previous Masters Tournament, and finished T38 in 2015. Also recall when Trevor Immelman won in 2008 at greater than 100-1 as did Charl Schwartzel in 2011 at greater than 60-1 odds. Zach Johnson was the 2007 winner at 125-1 back in 2007. And last year's Masters Champion Sergio Garcia (30-1) won his first major championship after so many top-10 finishes in majors, and crushed us bettors who had Justin Rose (22-1) to win when Rose let a back nine lead slip away along with the green jacket in a sudden death playoff.

But make no mistake, the cream often rises to the top at Augusta, and the list of top-tier players and younger talented stars is as strong as ever. The depth and field of top-tier talent is stronger in 2018 than it was as recently as 2011, when Tiger Woods finished T4 at the Masters with a 67 on Sunday and a 22-year-old Phenom named Rory McIllroy shot 65 on Thursday and closed with an 80 on Sunday to finish T15. McIllroy has now won 4 majors before age 28, and is trying to win the Masters and a green jacket to complete the rare career grand slam. 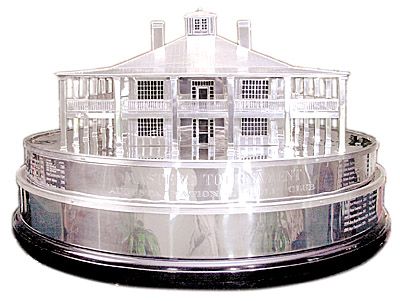 But in identifying a potential champion at Augusta, one should look for and experienced player as one key to success. A look at last year's leaderboard tells the story when play concluded on Sunday: Garcia (-9), Rose (-9), Schwartzel (-6), Kucher (-5), Pieters (-5), Casey (-4), McIllroy (-3), Chappell (-3), Moore (-2), Scott (-2), Matsuyama (-1), Spieth (-1), Fowler (-1), Koepka (-1), Henley (-1). However, plenty of big names and expected contenders will also struggle with some missing the cut, and that's why match-up betting and some prop wagers will serve you better if you're taking a swing and betting on the Masters as the sports books also have a solid hold on win wagers and futures bets.

Last year, we had a big fade against 2-time Masters Champion Bubba Watson, who was not in good form entering the Masters and proceeded to shoot 74-78 and miss the cut badly, providing a match-up winner before the weekend. And those are the best kind of winners. Watson has been hit-or-miss at the Masters, having won in 2012 and 2014, but posting no other top-20s in six other appearances since 2009.

We also had Justin Rose (-115) over Jon Rahm in our Masters player profile and picks section, and Rose (-9) nearly wore the green jacket, losing in a sudden death playoff to Garcia, but won his match-up easily over Rahm (+3). Rose was also part of our win wagers at a mid-range price.

In addtion, we had a prop wager winner on McIllroy's finishing position under 9.5, and Rory delivered with a tie for 7th thanks to a 69 on Sunday.

We noted Fowler as an overrated contender and false favorite last year, and he finished outside the top-10 when he blew up with a 76 on Sunday. Remember, the Masters field is less than 90 players, and many have no shot to win or even contend with older past-their-prime champions and first time starters that will rarely contend. So instead of a top-tier field of 150 or so PGA pros, the Masters has maybe a few dozen for you to narrow down your list of contenders, and those with a realistic chance to win or finish top-10.

This year another lefty, 3-time Masters Champion Phil Mickelson (2004, 2006, 2010), is getting plenty of interest at the betting windows, and more on today's sports betting apps. Mickelson is now 20-1 or less at many top sports books to win the 2018 Masters. He's missed the cut in two of the last four years at Augusta and enters off a poor ball-striking week at the Houston Open, calling it a concern and noting Friday was his worst ball-striking day of the year. He also made a double-bogey or worse in each of his first three rounds in Houston. Sure, the Golf Club of Houston has hazards on every hole but No. 1, and the greens are set up similar in speed to Augusta and roll very pure and true. But I don't believe Mickelson is a good bet to win, and don't envision him becoming the oldest Masters Champion at age 47. The great Golden Bear Jack Nicklaus won his record 6th Masters in 1986 at the age of 46. That caused both excitement and heartbreak, as the shark, Greg Norman finished 1-stroke behind and was ranked No. 1 in the world at the time.

There are only two hazard holes at Augusta National, and you can get away with wayward drives much more often at Augusta. But your ball-striking and approach play has to be precise, and your putting has to produce on heavy, undulating and fast greens. Augusta is a second-shot golf course, and when handicapping and betting on players that can produce, you need to recognize those key categories.

An interesting note at the Masters is that of the last 18 winners, all 18 made the cut at Augusta National the previous year. If that trend continues, then you can eliminate 50 of the 88 golfers that will tee it up at the 2018 Masters. That list includes 10 former Masters champions who missed the cut last year: Angel Cabrera, Zach Johnson, Trevor Immelman, Bernhard Langer, Sandy Lyle, Mark O'Meara, Vijay Singh, Bubba Watson, Danny Willett, Mike Weir and yes, Tiger Woods who did not play. In that regard, you can also add Dustin Johnson, who withdrew right before last year's Masters after suffering a back injury during a fall at his rental home the day before the tournament. Dustin Johnson joined Tiger Woods as the only No. 1 player in the world not to play in the Masters. Some other notables who did not play at Augusta last year but have competed in the Masters previously include: Patrick Cantlay, Bryson DeChambeau, Brian Harman, Billy Horschel, Ted Potter, Jr., Chez Reavie and Cameron Smith.

A few of them are capable of contending I believe, notably DeChambeau and Cantlay. There are also 16 first time starters in the 2018 event, and while most should be eliminated as challengers, a few capable contenders are notable big hitter and rising star Tony Finau and 2017 PGA Tour Rookie of the Year Xander Schauffele. In addition, these notables missed the cut at last year's Masters: Tommy Fleetwood, Tyrell Hatton, Alex Noren, Patrick Reed, Webb Simpson, Henrik Stenson and Gary Woodland.

A less significant trend that should also be treated with caution is that the top-ranked player in the world has not won the Masters in the past 16 years. Dustin Johnson is currently No. 1, and here are the top-15 golfers in the world rankings with their odds to win the 2018 Masters, courtesy of leading offshore sports book BookMaker.

Next up in our Masters coverage will be a focus on handicapping. You can bet on it.