Currently a potential impeachment will return better odds than the Warriors championship next season.

Hmmm. Let's start right here. If you were setting the line already for next year's NBA Championship, would you give the Golden State Warriors a better chance to be successful than Donald Trump being impeached before the end of his first term in office as President of the United States?

I suppose it depends on what day you're reading this. This time last year Kevin Durant was ready to jump from the Oklahoma City Thunder to the Warriors, making the line plunge. However, you never know what the President may say or do next. And you can basically count on the same Warriors team showing up on the floor next season.

The "unofficial" answer to the question according to most preferred offshore sportsbooks is essentially the same. About the same chance of the Warriors winning the NBA Championship again at very low odds as President Trump being impeached or possibly surviving his first term in office. Here are the current NBA 2018 Championship odds per preferred sportsbook Bovada:

As you can see, the NBA has a huge challenge again on their hands. Will the fan base and much more important, the core viewing audience at ESPN and TNT stay awake for six months? Too predictable knowing the Warriors will likely face little competition again in a likely showdown with either the Cavaliers or the Celtics. The San Antonio Spurs might make some noise with a new player acquisition and the Washington Wizards will move a step forward but not in the same world as the rest. It would take a major, season-ending injury to at least two Golden State or Cleveland starters to wake anybody up. It just doesn't work like this in the NFL, Major League Baseball or the NHL.

You Bettor, You Bet

Watch for the increasing legislative push for legalizing sports wagering to come hardest from the NBA, in part because of this unfortunate balance of power. The recent snore-fest in the NBA playoffs didn't help, while most games were also "wagering-boring". Also meaning the outright winner outcome was largely decided in most playoff games before the fourth quarter began if not in the last five minutes of the game. That can sometimes happen in NFL football or more often in baseball but almost NEVER in an NBA game. 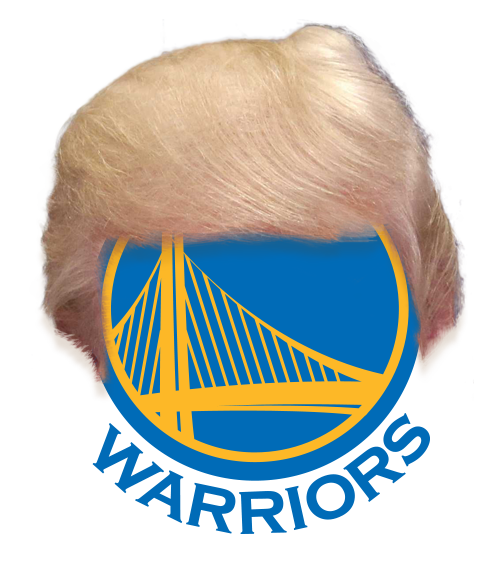 NBA commissioner Adam Silver has a lot of work and soul-searching to do while changing a few rules in the off season. Give him the most credit for acknowledging that betting drives interest in the sport and fuels television ratings. He also knows the late regular season purge of team starters by coaches, wrecked confidence for bettors and disappointed people who bought tickets to see their NBA stars play. Biggest example: when the horrible Brooklyn Nets sat their five starters in the last game of the season it helped the Indiana Pacers make the playoffs and killed the Miami Heat's chances of qualifying. Anyone with inside info that night could have cleaned-up betting the Chicago Bulls -14. The Bulls cruised 112-73, while all Nets starters began their off season.

If you are the very patient sort, not a bad idea RIGHT NOW to make a potential investment, not a bet on the Golden State Warriors at the very best odds you are likely to see for them to win the 2018 NBA Championship.

When obtaining Durant in August 2016, Bovada and most sportsbooks listed the Warriors at -180 to win the NBA Championship, not far off today's -150 odds. Even after his injury last March, the price did not plummet significantly and bettors were not deterred. Do not be surprised as the season begins in November to see the Warriors down to a potential of -200 or -220 as traditional action appears in Las Vegas and elsewhere. There are no guarantees, but IF you are sold on a three-peat for Golden State, right now is the best time for making your wager at your best price. Shop the list of top online sportsbooks for optimum value.

Remember, no matter how impressed we may be with the Golden State Warriors, they still must compete with 29 other NBA teams and run through 4 rounds of playoff through 2 grueling months over 100 games. In comparison, elected President Donald Trump by law must only complete another 3 years or so in office by maintaining a low profile and not getting in trouble. Perhaps that's why his chances of survival are equal to the Warriors three-peat. Officially, here are the current odds of being impeached before completing his first term in office per Bovada:

Not going to make a handicapping call here citing my fifth amendment privilege, while only reporting the information. But keep in mind this wagering outcome by rule goes until January 20th, 2021. At even money a potential impeachment will return better odds than the Warriors championship next season. Should the Donald survive impeachment, last his term (resignations don't count) and bet "No" you will be rewarded at still likely better odds than a Warriors championship win. And of course, if you truly are intrigued by "Trump Wagering", I suggest visiting international wagering website Paddy Power. They feature an entire section of wagering devoted to the U.S. President equal to a traditional NFL Sunday.

One bet is "a lock" for next year. The NBA must invent a few more mandatory team rules involving the last month of the regular season, plus find a way to invite more balance into the league. Allowing key players to choose their preferred destination for mega-million contracts (in mostly large markets) is a bad formula for the future. And if any league needs legalized betting to keep TV ratings going it will proved next NBA season. If not, "fans" might may soon be tuning in CNN instead to keep track of their Trump bets.