Are Gaming Commissions beneficial for players?

Do gaming commissions care about more than collecting licensing fees and ensuring that websites are operating in accordance with local laws or do they really advocate for players when problems arise?

A look at the protection online gambling commissions provide

Nearly every jurisdiction in the world that legally offers gambling services has established either a Gaming Board or Gaming Commission. The purpose of the commissions varies slightly from jurisdiction to jurisdiction but there are rules that are common to each one. They can be broken down into 3 areas:

2. Protecting the rights of players and operators. This includes:
- Ensuring that operators are reputable and have the funds to pay players. As well in many cases the commission may demand that post up money is kept separate from operating capital.
- Ensuring a process that checks the legitimacy of games including but not limited to audits of random number generators for casinos; rules to identify and stop collusion in poker; rules for dealing with instances when there are any suspicious activities in sports matches
- An unbiased dispute resolution system for when players or operators believe they were wronged by each other. This would include but is not limited to suspended or fraudulent accounts; cancelled bets; software glitches; suspicion of collusion or cheating; bonus related grudges and payout issues
- Setting penalties for operators that fail to comply with the rules
- A mechanism to check on the financial viability of operators to ensure they can and will continue to pay players

3. Rules to collect fees and taxes from operators as well as players, if they are in a jurisdiction where gambling winnings are taxable to the individual.

Commissions also tend to set rules to track payments and collect information on players before allowing withdrawals. This "know your customer" requirement is generally necessary to satisfy banking rules and identify any suspicious activity that could indicate money laundering. 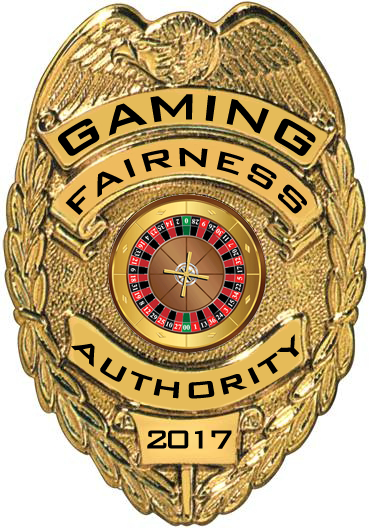 There is no question that gambling commissions are good at collecting fees and taxes for the government, but they have fallen down badly when it comes to protecting players against unscrupulous operators.

Livesports.ag, a 2-year-old sportsbook which has a Curacao license, has slow paid players since at least the Super Bowl citing processing issues. It seems that slow pay has turned to no pay, so on May 1st the Curacao Gaming Commission pulled their license. Gamblers are upset because it took Curacao so long to act and it appears they did not do their due diligence as is promised per their rules. Moreover, it doesn't appear they have the ability to ensure players get repaid. In the meantime, the company continues to take deposits and process bets. They are just not paying. To make matters worse, Livesports still pretends they have a license. In the frequently asked questions section of the website, Livesports indicates "they are legally licensed by the government of Curacao." Players shouldn't expect anything from Costa Rica either since there is no such thing as a Costa Rica gaming commission and operators in Costa Rica generally operate there for that reason – it avoids the red tape and responsibilities in dealing with a formal commission located in the country they are located.

This has many players and industry people asking, "What the point of a gaming commission license is?" One of the reasons players bet at companies licensed by a gaming commission is they believe they will be protected from rogue operators, and, if nothing else, they will get their post up money back. If that isn't true then gambling at a "licensed" gambling company means little. And this isn't the first-time Curacao has failed customers. As many will recall back in 2002 Charlie Therwanger declared bankruptcy and ran off with player's money from Ace's Gold/Sports Market. Curacao sued the parent company but it was irrelevant since by the time Therwanger announced his bankruptcy he had left Curacao and was nowhere to be found. And very little of the post up money, which was supposed to have been segregated, was ever given back to players.

But Curacao isn't alone in its failures to players. The Antigua Gaming Commission dropped the ball on a few occasions with the most notable being World Sports Exchange (WSEX). Around 2007 WSEX was slow paying players also citing processing issues and while they tried to find new investors they were never able to regain profitability. The Antigua Gaming Commission was aware of the slow pay but failed to pull their license and WSEX continued to accept deposits and process bets even though they knew they couldn't pay. Eventually Antigua withdrew their license so WSEX indicated after on their website in the last year of business that they were licensed by Cyprus although there is no indication this was true. Sources close to WSEX also told me that Antigua never actually pulled their license, WSEX just chose not to renew because they deemed it too expensive. In the end, few players were paid and WSEX just abruptly closed their website leaving players in a lurch. At that time, many industry people and players had to ask what the point of an Antigua Gaming Commission license was if they were not prepared to deal with a company they knew couldn't pay debts they owed. The answer quickly became "not much" as most licensees withdrew their Antigua Gaming Commission license.

Similarly, the Kahnawake Gaming Commission (KGC) failed players when they allowed Joe Norton to continue operating Absolute Poker and Ultimate Bet despite the grave cheating scandals that were revealed at those sites. This was a blatant violation of KGC rules yet the Commission instead chose to fine the owner and initiate players to be paid back, rather than revoking the license. Most in the industry agreed that if that same thing happened in the UK or Las Vegas the license would have been revoked immediately and charges filed. Instead the KGC chose to give the benefit of the doubt to a former Grand Chief and maintain their two largest licensees which may have been admirable but certainly didn't help protect vulnerable gamblers. And following Black Friday the KGC did nothing to help affected players at those sites.

And the disregard for players extends to licensees in jurisdictions that are supposed to be at the top of the rung. When Full Tilt Poker was shown to be a Ponzi scheme and couldn't pay back players the Alderney Gaming Commission was all set to allow the sale of Full Tilt to Groupe Bernard Tapie. Alderney fell down on the job first by not demanding post-up funds be segregated and their solution was to allow the sale to the French company which was not going to pay back American players even though Americans made up most the players. Groupe Bernard Tapie stated they would pay back the Rest of the World players since they could still play poker at the new company but American's who could no longer gamble there were out of luck. Fortunately for American Full Tilt customers, the DoJ stepped in, cancelled the sale and arranged the sale of Full Tilt to PokerStars who paid back everyone that was owed money.

"Do gaming commissions need to drop the façade of being player advocates."

And lastly the Gibraltar and UK Gaming Commissions, which are seen as the most reputable ones in the world, failed bettors in the Betfair Happy Hour promotion. In 2010 Betfair offered a casino bonus over a 3-hour period where players would receive a 50% bonus up to $200. There were no limits to the amount of times bonuses could be claimed in that 3-hour period, so players could get a $200 bonus every minute, and there was only a 10x rollover requirement. Plus, players had 12 hours to meet the betting requirements and clear the bonus. Bettors realized quickly that if they played roulette and put half the money on odd, half the money on even and a small wager on 0 that they couldn't lose. As a result, bettors from around the world who flocked to the site won a fortune and after the promotion Betfair started locking players out of their accounts and confiscated their winnings. And in many cases Betfair didn't even return the money that was deposited to players. Betfair wrote to winning players:

"Certain customers attempted to profit from the promotion through adopting gaming patterns and activity in contravention of Betfair Casino's Standard Terms and Conditions. As a result, we have withheld both bonus funds and winnings derived from such activity on those customers' accounts, of which yours is one."

In better words, they cited bonus abuse. The problem is that the bonus as worded encouaged that type of depositing and wagering and players did nothing wrong other than take advantage of a terribly thought out promotion. Those who took advantage of the $1,000 risk free NFL game between Pittsburgh and Miami, that cost Mansion $2 million will understand that. It's not player's fault they did specifically what the site told them to do. Players were certain they were in the right, but in the end the gaming commission sided with Betfair and did nothing for players to rectify the situation.

So again, one must ask if the gaming commissions need to drop the façade of being player advocates when all they care about is collecting licensing fees and ensuring that websites are operating in accordance with local laws? One thing is certain. While it's nice as a player to see that a gambling site is licensed by some gaming commission, as it does provide some sort of legitimacy, players shouldn't expect the gambling commissions to be their savior in case of disputes or operators who won't pay their debts.

For an update to this story also read: KGC Clarifies Recent OSGA Article on Gaming Commissions