Some strategies and advice for betting preseason NFL football, with a look at the season opener - the Hall of Fame game between the Cowboys and the Cardinals.

The Hall of Fame Game kicks off preseason action on August 3 when the Dallas Cowboys and Arizona Cardinals meet in Canton, Ohio. The line is pick 'em in many sports books, and the total is 36. Ironically, this is the same betting line and total as last year's HOF game between the Packers and Colts. The difference is that this year the game will actually be played. The NFL suffered another embarrassing episode last year when they announced the cancellation of the Hall of Fame contest just hours before the game due to poor field conditions and a botched paint job on the field mostly around midfield.

The previous four Hall of Fame Games all stayed under the total. In fact, the scores have been 14-3, 17-13, 10-6 and 17-10 in 2012 when just three points were scored in the 2nd half between the Saints and Cardinals; another example of backups and young players learning their way on offense with fewer reps and timing required to be more productive in the early going. 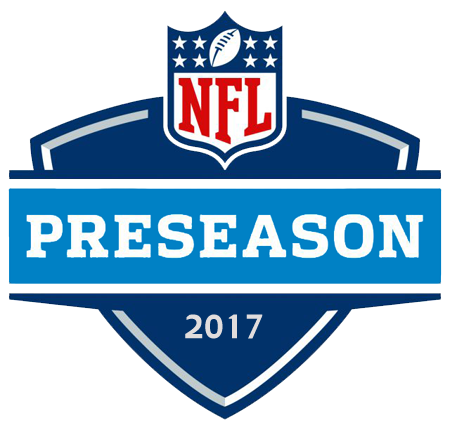 The handicapping tools that are required for profitable NFL preseason betting are completely different then what you would use for your regular season football handicapping. While preseason football isn't as intense as regular season action, the competition is still fierce for many players trying to make the team and others working their way into starting spots. Teams start preseason with new additions, rookies and free agents. Other players have moved on, and some teams clearly have a stronger core of returning starters and better cohesiveness. That includes in the coaching ranks as some teams adjust to new coaches, schemes and philosophies while others like the perennial power New England Patriots have a proven coach, QB profile that produces a winning culture and results. Evaluating players for most coaches takes priority over winning, but you can still gain an edge when betting at the sports books if you follow closely and understand coach's philosophies, strategies and understanding of what they are trying to accomplish each week in August.

Trying to gauge playing time of key starters beyond the 'audition' game, most commonly the third preseason game, can be a bit tricky at times. Determining second and third stringers playing time, and their ability to produce and be productive plays a part when evaluating many rookies and younger players as they learn the schemes and how to play with new teammates. Thus, defense is often ahead of offense and that's another reason why the totals are lower. Knowing the quarterbacks and rotations along with projected playing time is something many astute bettors follow. Experience and depth is something to look for and especially at key positions like quarterback.

Keeping starters healthy is a priority, but you'll see plenty of players go down with injuries during preseason play. Since starters play much less, you should immediately notice the lower totals posted throughout preseason. In the opening week of preseason action, you'll see almost all totals posted at 40 points or less. During the regular season, with more scoring and rules changes in recent seasons, it's become rare to see a posted total less than 40 points.

For the Hall of Fame contest between the Cowboys and Cardinals, both teams are expected to limit the exposure of their front line stars, yet neither has announced as of Monday which players would definitely be out. It's not likely that either starting QB Dak Prescott or Carson Palmer will see much action. Recall last year's preseason opener when rookie Dak Prescott started due to injuries. He proceeded to amaze nearly all observers with his cool demeanor and pinpoint accuracy. He did not play in the final preseason game, but in three preseason starts, Prescott completed 39-of-51 passes for 454 yards and 5 touchdowns without throwing an interception. He became the Cowboys week 1 starter and the rest is history, as Prescott completed a sensational season leading Dallas to a NFC East division title.

Plenty of storylines as the preseason progresses, but try to tune out the media hype and focus on the strategies and what coaches, players and teams are trying to accomplish.

For the Hall of Fame Game, let's just be happy that they kickoff and provide us an opportunity to evaluate the players and teams and be excited that the meaningful regular season will be starting in September.