An examination of the Democratic Presidential candidates’ views on gambling

Six Democratic contenders for President of the United States are are emerging from the pack prior to Super Tuesday, but which one will be the best for the future of gambling?

If gambling was the only political question, Joe Biden would be the answer

In 2016 I wrote an article examining all the main Presidential candidates and asking which ones would be best for gamblers in the United States. I concluded that Donald Trump would be the best for gamblers mainly because he made his fortune from the construction of casinos, he indicated support for online gambling previously and he wouldn't have issue opposing Republicans who disagreed with him. I also indicated that Sheldon Adelson wouldn't be able to influence Trump the same way he could other Republicans that needed his money. For the most part I was proven correct.

One of the first actions by the Supreme Court (SCOTUS) after Trump appointed Brett Kavanaugh to replace Anthony Kennedy was to hear New Jersey's appeal of PASPA. Most analysts agree that Trump had some sort of influence in that decision for reasons uncertain, although most likely it was a favor to Chris Christie for help on the campaign and also to show the new SCOTUS believes in state rights to manage their own affairs. It has also been suggested that Trump was instrumental in not banning  betting on amateur sports, which the NCAA called for. It is certainly noteworthy that all dissenting opinions were by the more liberal, left-leaning judges on SCOTUS with the two female judges being the most critical. 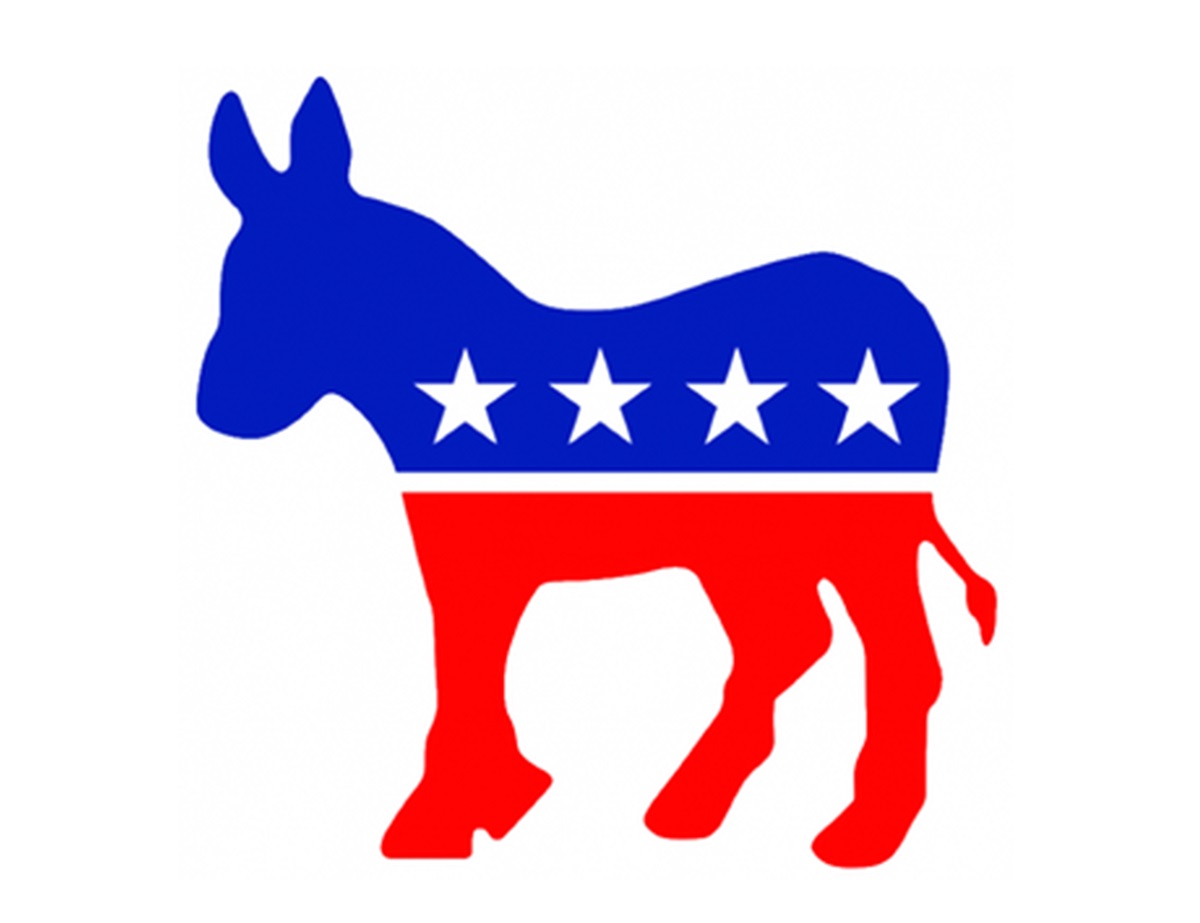 While Trump proved friendly in most regards, the Department of Justice (DoJ) under Trump, led by Rod Rosenstein, issued a new opinion in late 2018 to overturn the 2011 DoJ Wire Act opinion thereby making online gambling illegal again. This seemed contrary to the new law permitting sports betting and also to Trump's comments in earlier years supporting legalized online gambling. But in the end, Trump clearly couldn't ignore the outcry from the Republican Party's single biggest donor, Sheldon Adelson, who was demanding some bang for his buck via a new DoJ opinion on the Wire Act. The new opinion was shot down by a New Hampshire court, but it's clear the DoJ will appeal that decision and possibly even take it to SCOTUS if Trump wins re-election. And states clearly want clarity before moving forward. While states are passing sports betting laws by the bunches, there are still only a handful of states that have legalized and launched online gambling. So who becomes the next president could be crucial for the continuation and growth of online gambling. With that in mind, here is an examination of the six main Democrat contenders for President of the United States on who will be the best for the future of gambling. 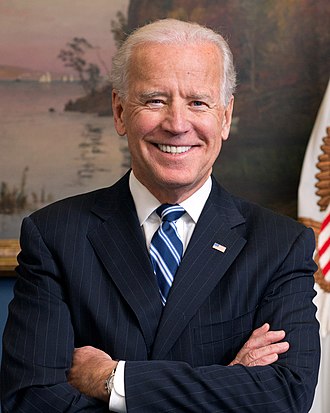 As Vice President in 2011, when the original DoJ opinion confirmed that the Wire Act only applied to sports betting, it's not surprising that Joe Biden is the best choice to throw out the new DoJ opinion and revert to the 2011 decision. Biden was no doubt at least partially responsible in seeking clarity on the Wire Act and he is also on record saying that he agrees with the New Hampshire court and believes changing the 2011 decision would be a mistake. Biden told CDC Gambling Reports in December that he "doesn’t support adding unnecessary restrictions to the gaming industry like the Trump Administration has done." It's almost a certainty that if Biden becomes the next president, the new DoJ opinion would be tossed and it would be made clear that online gambling is legal under federal law and how to proceed is a state's decision only.

Buttigieg hasn't made any comments on the Wire Act opinion, but one needs to only look at his voting record to realize that he would support gambling as a personal choice issue. Buttigieg stated last year that he considers marijuana use a personal judgement issue and should be legal and he also stated that other social issues are matters of personal choice. In 2017 Buttigieg also said that freedom is personal and not subject to government regulation. As well, Buttigieg was instrumental in the development of the Four Winds South Bend casino after he reached an agreement with the Pokagon Band of Potawatomi Indians that allowed a tribal casino, with the city receiving 2% of the Class 2 gaming revenue. So clearly Buttigieg will not stand in the way of gambling expansion and will almost certainly say the 2011 DoJ decision stands.

It's difficult to determine how Amy Klobuchar feels about Internet gambling because she really never said anything. In 2013 Klobuchar was a Senate committee member appointed to a hearing on assessing consumer protection from expanded online gambling and Kobuchar was generally silent except for this question to lawyers’ present: 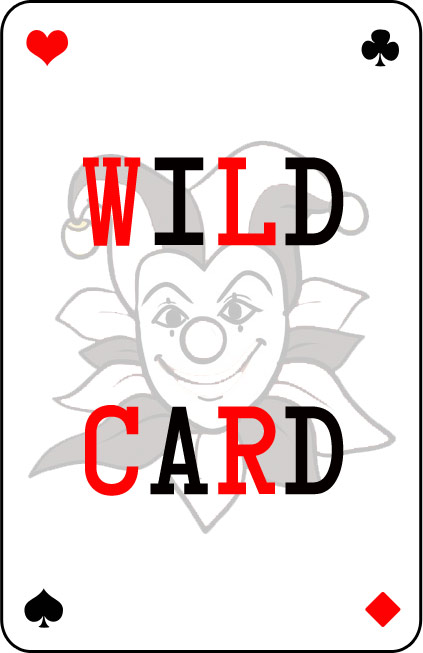 “The idea of expanding states' authority on Internet gambling raises concerns among some of the brick and mortar gaming operations. Can you discuss how you expect states to work with existing
operations and how we can make sure that any discrimination or inconsistencies in rules or regulations are addressed?”

The question doesn't seem to be necessarily opposed to online gambling, although it is clear she is concerned about any activities that can cannibalize brick and mortar casinos, the same concern Sheldon Adelson has expressed.

That said, on other social issues such as marijuana use, Klobuchar voted for legalization as a personal choice issue.

So, Klobuchar is a wild card. We can't be 100% sure about her stance on online gambling, but more than likely she'll agree to keep a decision made by Democrats over one thrown together by a Republican DoJ hoping to appease a major donor.

Perhaps the most perplexing candidate, Michael Bloomberg seems to be both supportive of gambling at times, but also opposed. For example, when governor Andrew Cuomo mentioned a desire to have casinos in New York State, Bloomberg said he was in favor of the idea so long as they aren’t in New York City. He even quashed the idea of a casino at Coney Island, so he clearly supports NIMBYism. And when the issue of online gambling came up Bloomberg seemed to sway back and forth on that as well. Bloomberg is also on record saying he isn’t a proponent of gambling, likely because as one of the richest men in the world he would gain little from betting, and the Bloomberg.com website seems to be very anti-gambling with op-ed pieces decrying the reversal of PASPA and committing a lot of time to issues like problem gambling and snafus in the industry. Obviously Michael Bloomberg doesn't control what the websites his companies publish, but it is likely that he has some sway in the opinion pieces. 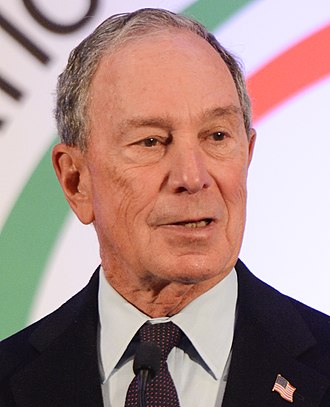 Even on other personal choice issues, Bloomberg talks out of both sides of his mouth. He indicated he smoked marijuana and enjoyed it, but he is on record saying he doesn't want it legalized and said he believes its use leads to addiction and lower IQ scores. And on issues like same sex marriage and LBTQ rights it’s difficult to pinpoint how Bloomberg feels.

For all these reasons it's hard to say how Bloomberg will react to the new DoJ opinion if elected as president. If he truly opposes gambling as a moral concern then he may indeed let the new opinion stay. Worse Bloomberg may ask that the old opinion be rewritten in a way that will satisfy his objectives - eg. online gambling is OK, except in cities with large populations. And as many analysts have said, just as Trump is both Republican and Democrat at the same time, the same could hold true for Bloomberg.

Maybe, But Only If We Can Tax It: Bernie Sanders

As a Congressman who seems to have been around forever, Bernie has voted against gambling three times including supporting the Gambling Funding prohibition Act in 2003 and the UIGEA. He is also clearly anti-gambling based on some comments he made as most true socialists are. The ideal socialist believes that decisions should be made by the state for the public and little should be left to personal choice, including how to spend one’s own money. 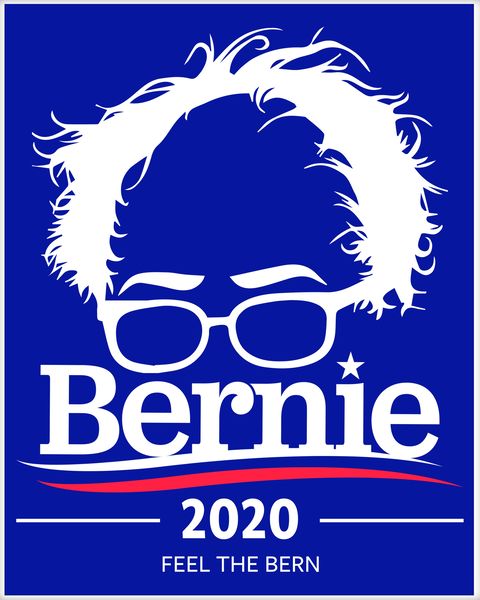 What makes Bernie as President most concerning, however, is that he has grandiose plans to socialize most aspects of the economy, with a focus on national free healthcare, and to pay for his visions he has to start somewhere with large tax increases. Looking at other socialist governments, almost all start with increased sin taxes on things like tobacco, alcohol, gasoline and gambling. So, it’s not inconceivable that Sanders would impose a federal excise tax on all gambling to help pay for his initiatives and if this happens, those costs will be passed on to bettors. Many likely recall the early days of internet wagering when bettors had to forfeit 10% of their winnings on bets at Intertops when they were still based in Austria, with that money going directly to the Austrian government. And it has also been suggested that Bernie is mulling over the idea of making state gambling illegal and having it controlled federally so that the national government would get all the winnings and the states would then receive a portion back. Under any if those scenarios it would be a bad deal for gamblers. The one good thing about Sanders is that he would not kowtow to Adelson who he likely would say is a big part of the problem in America.

Elizabeth Warren hates gambling, plain and simple. When Boston was looking at legalized casinos she opposed it as the Massachusetts Senator and in 2014 she sponsored the movement to repeal the casino bid. Strangely, in the last two years she has been promoting a tribal casino in Taunton, which would be run by Genting Malaysia. However, it seems that support is not as a result of a change in heart towards gambling, but rather because she’s hoping to use that support to win votes from Native American voters. Boston newspapers have called her a hypocrite and two faced on the issue and they point to public comments made by her in the past that gambling hurts families and she will never support it. As well, she just introduced a gambling addiction bill that aims to help people kick their gambling addictions with a focus on military members who got addicted while away on active duty.

Ironically while she seems intent on blocking gambling due to concerns about impacts on the family, she has stated she wants marijuana legalized federally without concern how that will impact families.

So, the question is how will Warren handle the new DoJ opinion? And the answer is we just don’t know. She had no problem calling out Barack Obama on gambling issues in the past and we know she believes gambling hurts families, unless Indian groups are benefiting. So, she may indeed ask her new DoJ to approve the revised opinion, she may ask for a stronger opinion making more items related to gambling illegal or she may toss it. But with so many uncertainties and with a record indicating she opposes gambling on moral grounds it’s hard to believe she would be good for the American gambler.