Hartley looks at how sports betting companies are bombarding the airwaves with commercials and examines how regulators in other countries have forced a certain level of responsibility in advertising on casinos.

It’s hard to fathom that only five years ago it was against the law in the United States for sports betting companies to accept wagers on sports outside of Nevada. Even though Adam Silver called for the United States government to license and regulate sports betting in 2014, it wasn't until 2017 when the U.S. Supreme Court indicated they were prepared to re-evaluate PASPA, that the other leagues came on board. Technically the NFL and NCAA never officially approved betting on their sports, but after the Supreme Court repealed PASPA on May 14, 2018, they dropped their objections.

Sports betting rolled out quickly in the United States after the repeal of PASPA starting with Delaware, who had an exemption under PASPA and thus they didn’t have to pass any additional state laws and simply expanded their exemption for a sports lottery to include all sports betting at land-based casinos and racetracks. Later in 2017 Mississippi, Connecticut and Pennsylvania passed laws and in early 2018 New Jersey amended a law passed and signed by Governor Chris Christie in 2012, which allowed for sports betting at casinos and racetracks, to include internet wagering as well. Other states followed and currently there are 20 states and Washington DC that offer online sports betting and 11 states that offer land-based sports betting only.

While bettors are ecstatic about the opportunities to wager on their favorite games, many say they are sick of all the ads by sports betting companies that have taken over their TVs, radios and streams. One bettor who lives in Trenton told me that he has just accepted that there will be a DraftKings, FanDuel, Caesars or PointsBet commercial every commercial break during games, but he said he became frustrated at the advertisements that have become commonplace during family programming.

"The family and I turned on a show we enjoy at 9 p.m. on a Tuesday and I was shocked that a FanDuel commercial appeared during that time. I always thought there were specific guidelines to what can and can’t be shown on regular TV, but I guess not. I was even more upset when my 6-year-old son said “that looks like fun” when the actor was talking about the bets she was going to make on a game. What’s next? Is my son going to watch SpongeBob proposing that he and Patrick bet on the Bikini Bottom Giants during kid's programming? It's ridiculous."

An avid bettor from Pennsylvania told me the following:

"There are countless commercials for sports betting, and now casino games, seemingly all hours of the day and night on every channel. There’s not a person in this neck of the woods who doesn’t know who FanDuel, Draft Kings and Caesars are after a year or more of getting incessantly beat over the head. The worst ads are the commercials for live betting during the game I am watching. That seems to be crossing the line a bit.

My kids are older, but how can a parent of a young child watch a game today with all of the sports betting commercials before, after and especially, during every single game."

Another bettor from New Jersey also called athletes and the leagues hypocrites:

"For years they were so opposed to gambling and now that it's legal the athletes and leagues can’t wait to rake in the bucks from endorsements. Peyton Manning and Wayne Gretzky would never have condoned betting on their sports when they played and now they promote these companies? And what the hell does ‘We are Caesars' mean? Are we supposed to hail them for offering sports betting? I sure won't be looking forward to the Super Bowl commercials this year because I know it will all be hypocrite athletes promoting various sports betting companies rather than clever ads from Budweiser or Doritos."

And a bettor watching the Buffalo broadcasts said that he couldn't believe the amount of advertising for DraftKings and FanDuel even before they started operating in New York state, telling people it was coming soon and now that it is legalized, he said that all he sees are constant ads promoting betting at those companies. And he said he knows that’s just a start as ads for BetMGM, Caesars and others aren’t far behind.

"If I see that ad with the woman yelling about a bet she made at DraftKings, when clearly she knows nothing about sports or gambling, I'm going to scream. I know they want to promote sports betting to women but it's just not a good or humorous ad. In fact, I don't think I've seen a good one yet."

The same issue happened with excessive advertising on sports betting in other countries like Australia and the UK and it got so out of hand that they had to put in rules limiting advertising to only certain times of the day and what could be advertised during games. The UK implemented rules that prohibits any company from running advertising in any way that can be perceived to target children or encourage problem gambling and they have limited gambling to only certain times of the day. Games taking place during prime time cannot have sports betting commercials. And in the UK, the country has mandated that odds can never be discussed in ads, and they have prohibited certain types of advertising during games, including halftime and ban any discussion of particular offerings at sportsbooks from 30 minutes before games until 30 minutes after. They also prohibited gambling during certain time frames and put in new rules limiting advertising for gambling on jerseys and other team merchandise. Again, the objective is to stop companies from targeting minors and problem gamblers, as well as to address people who were complaining that they can't enjoy the games as betting ads are inundating them.

In the U.S. the amount of advertising and the types of advertising hasn't gone unnoticed by watchdogs. David Rebuck, the director of the New Jersey Division of Gaming Enforcement, said that he was sick and tired of the volume of advertising along with content and the companies better smarten up or else he will take action. In a webinar he stated this warning to gambling operators: 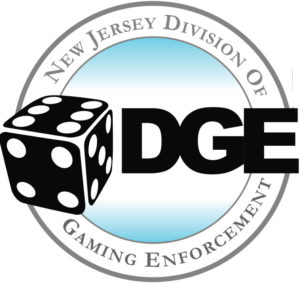 "Don’t allow your marketing staff to operate unchecked. They can get you in a lot of trouble because they have different objectives to you. They are not thinking about compliance. We understand the business need. They want to attract people and be creative, but they cannot be unchecked.

If they are, they will be checked by us and it will happen in a way you won't be happy with."

Enforcement officials in Colorado and Oregon apparently have issued similar warning and it is only a matter of time before these types of warnings go out in every state, except perhaps New Hampshire and West Virginia, since sports betting there is run by the lottery.

As bad as the advertising is during games, what is even more upsetting is the promotion of odds during telecasts. As mentioned, some other countries have banned the promotion of odds by gambling companies during games and some states may technically disallow it as well if it can be seen as indicating a way to solve financial issues from gambling, which is strictly prohibited everywhere. That, however, doesn’t apply to the broadcasters themselves. The PGA Tour signed a deal with FanDuel to be the official betting partner of the league and the tour has responded by posting odds on telecasts constantly.

During the recent tournament at Kapalua Golf Course in Hawaii it seemed they showed the "current odds" every half hour. Not only were they indicating the current odds you could get at FanDuel, but the announcers even started giving betting advice. Part way through the third round, announcer Jim Nantz stated that Hideki Matsuyama at 16/1 odds was incredible value, "but obviously the oddsmakers know what they are doing," he added. This started last year during the FedEx Cup telecasts and no doubt will be more prevalent this year. And as for other leagues, it's inevitable that as sports betting companies partner with individual teams, the mention and promotion of live odds and possible suggestions of value plays will just be commonplace during local broadcasts, unless states decide to pass laws to stop to that practice as well.

These are exciting times for sports bettors. Legal betting at state sanctioned sportsbooks continue to grow, and of course, bettors still have the options to wager offshore as well. But with the good comes the bad and unfortunately it seems that will include a constant bombardment of advertising by companies like DraftKings, FanDuel, Caesars, PointsBet, BetMGM, etc. I know that the sportsbooks are anxious to get their names out there and tell the U.S. public about the benefits of betting with them, but they need to step back or else they will not only lose the public's trust and interest, but they may force states or the federal government to step in and start passing strict laws on advertising like the UK, Australia, Germany, and other countries have.

There must be a level of responsibility in advertising and right now in the U.S., many sportsbooks are walking a fine line.