Alabama-Oklahoma Delivered All the Sports Wagering Lessons Ever Needed

Bama and Over bettors were rejoicing after the first quarter, sweating for the next three periods and crying at the final outcome.

Though many "bad beats, back-door covers and locks" were scattered among the previous thirty or so forgettable 'fill-in-the-name' bowls, it took the highly anticipated NCAA Championship Playoff between Alabama and Oklahoma to roll tide roll them all into one game. Oh, by the way they also called it the Orange Bowl and played it in Miami for official purposes.

And while many other bowl games had dramatic point spread and totals changes, the interesting thing about this contest is that it had little change from its opening line to kickoff. Alabama was listed at -14 / 79.5 by most of the preferred sportsbooks on December 2nd. On December 29th, the Crimson Tide were at highest -14.5 to -15 with the Over/Under Total ranging from 79.5 to 80. This was one college football game the bookmaker tabbed correctly from the moment it was listed.

Lesson one class is always the one they teach in Handicapping First Grade:  Never cash your ticket before the game is over or the bet made official. 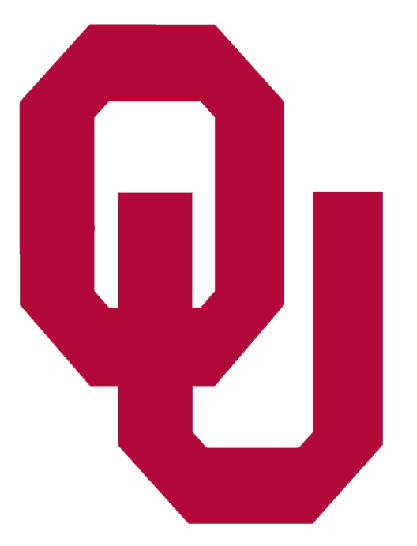 Barely into the second quarter, Alabama raced out to an immediate 28-0 lead and it appeared that it was name the score time and the opportunity QB Tua Tagovailoa longed for revenge in the Heisman balloting. The -14-line seemed lockable with three great quarters left for the Crimson Tide offense against a horrible Sooners defense. We all were wrong.

Not only did Oklahoma put up ten points in the next three minutes of the second quarter, the Tide were shut out for the balance of the second half except for a field goal with 0:25 left.  That still left the halftime score at an imposing 31-10.  The O/U Total at most top online sportsbooks for the first half was 41.  A remarkable push and likely a disappointment for those assuming an easy Over for the first half.

Despite their 21-point halftime lead, Alabama was installed as a confident -6.5 second half favorite at most sportsbooks, including Bovada, 5Dimes and BetOnline. It was likely due to their extended nap during the second quarter combined with Oklahoma’s poor defensive reputation that no comeback was imminent. The Tide would show a no mercy attitude into the third quarter with the better overall team, seeking another National Championship.

As for the second half total it was simple math. Most sports books were fixated on an O/U from 38 to 38.5.  Combining with the actual 41 points of the first half to deliver the pre-game total at approximately 80.  Interesting that despite the much longer Orange Bowl halftime ceremonies, there was little shift in either the spread or total wagering numbers.

No Locks, Assumptions or Guarantees

The next lesson opening the second half occurred involving one of the most popular proposition wagers. Who will be the first team to score first opening the third period. Often, something to look for and well often is awarded to a heavily-backed favorite. Also involved, will the first score be a touchdown, a field goal or almost never a safety.  Again, this being a huge feature game (like an NFL playoff), proposition wagering receives an extra amount of wagering attention.

In this case "the sharps" got killed assuming Alabama was either due to score a touchdown or would march down the field sometime initially vs. Oklahoma in the third quarter.  After stalling on their opening drive, not only did Oklahoma score first, but accomplished it on a chip-shot 26-yard field goal at sensational 6-1 odds.  And you wondered where books earn that extra bread?

After the Sooners closed the score to 31-20 at the end of the third quarter, all bettors knew they had a game.  At least, a major point spread game and Totals game to decide. While most casual college football fans felt comfortable awarding Alabama another seat in the National Championship, this outcome was highly in doubt.

Opening the fourth quarter Tagovailoa hit DeVonta Smith on a 10-yard TD pass and Over bettors began to feel a bit better. Unfortunately, it was agonizingly not meant to be.

To make a long learning story short, the scoring ended with 4:23 left in the game to preserve a 45-34 win for Alabama, but not for their -14-point spread backers.  And sadly, one point short for those holding Over 80 tickets.  It seemed so unreasonable considering the 28-0 first quarter, Oklahoma’s poor defense and three scoring quarters to come.  And when was the last time anyone was lucky enough to win an Under bet by a half point at 79?

Another juicy prop going down the drain was the "would there be a score in the final 2:00 minutes of the game?" That was a huge loss for any taking that risk on Yes and a giant win for those brave enough taking the very unlikely No outcome.

I certainly DO NOT endorse wagering on teasers involving college football, where the outcomes often vary dramatically vs. the spread compared to the NFL. However, in this case it was quite appropriate. Anyone playing any side on the spread or total went home a teaser winner last Saturday night. At least the books did not clean up on that one.

Here’s looking forward to the NCAA National Championship this Monday evening. It should be a great competitive game between Alabama and Clemson. The odds currently sit at -5 at most preferred sportsbooks and the total is currently at 59.5.  No predictions other than this: A lot of Alabama and Over bettors will be feeling a lot less confident heading into the second quarter this time.