The sports story of the year continues as the biggest betting long shot in recent memory is poised to win the Stanley Cup, costing Vegas' sports books millions.

The sports story of the year continues as the biggest long shot on the betting board to start the NHL season has advanced to the Stanley Cup Finals. The Vegas Golden Knights have captured a fan base and skated their way to unexpected heights, setting and shattering records as an expansion team with 51 victories and adding more magical moments during their playoff run to the Stanley Cup Finals.

Now the Las Vegas sports book operators are more than a little worried with the liability they have on future bets on the Golden Knights to win the Stanley Cup. Vegas will open the Stanley Cup Finals on Memorial Day, May 28 at home against the Washington Capitals after the Eastern Conference champs won game 7 on the road at Tampa Bay May 23. 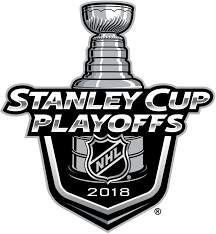 The leading online sports books have set the series prices, and BookMaker makes the Golden Knights a -135 favorite to win the Stanley Cup.

More liability for the Las Vegas sports books, and the SuperBook has made Vegas a -160 favorite with a take back on Washington of +140.

Fans and bettors that placed a wager on Vegas to win the Stanley Cup are excited about the potential return on investment. As I’ve sat in sports books and poker rooms on the Las Vegas strip, I’ve heard many stories of fans that placed a bet on the Golden Knights at 100-1 odds or greater. Sadly, even as a former college hockey player and sports bettor in Las Vegas, I’m not one of those fans who is holding a win ticket on the Golden Knights to capture the Stanley Cup.

The Golden Knights are about to cross check the sports book operators into the end boards and knock a few teeth from their mouths then hit the cash register. A number of Las Vegas sports book operators including Stations Casinos, MGM, Caesars Entertainment, William Hill and the Westgate Superbook are staring at a seven-figure liability if the Golden Knights cap their inaugural season by winning the Stanley Cup. Here are the largest single ticket bets at long odds.

Betting patterns on the Knights have been atypical, given that the club is the first major professional sports franchise in the country’s mecca of sports gambling. Many Las Vegas locals placed a small futures’ bet on the Knights last fall as a souvenir or keepsake, some as high as 500-1 to win the Stanley Cup.

The interests in the Golden Knights goes beyond the betting windows, as Vegas’ new team continues to speed their way across the blue line with a booming off-ice business and high-volume merchandise sales. The Golden Knights gear has produced league-leading merchandise sales, as hats, banners, jerseys, and memorabilia have been flying off the shelves and selling at record rates online as well.

The Golden Knights sold-out T-Mobile Arena on the Las Vegas strip has seen soaring ticket price sales become the priciest of all teams during the playoffs. Major resellers are getting at least $300 and up for a playoff ticket in Las Vegas to see the Golden Knights. And Vegas has yet to go seven games in a series, taking out the LA Kings in 4 games, San Jose Sharks in 6 and the Winnipeg Jets in 5 games with each series-clinching victory on the road. The Washington Capitals have trailed in every playoff series at some point and have come back to win each series.

Vegas players call themselves the ‘Golden Misfits’, but they’ve been producing nothing but money and wins this season with their attacking style and speed. Vegas is riding the hot roll of the dice and MVP play of Marc-Andre Fleury, the Golden Knights goaltender who is a near unanimous choice for playoff MVP thus far. Golden Knights General Manager George McPhee had a belief in Fleury and this team from day one, but not even he could have expected the flurry of support and wins on the way to the Stanley Cup Finals.

“I believed we could get there … not the whole time … but recently,” McPhee said during the playoff run against Winnipeg.

Faith is to believe what you do not see.

McPhee, owner Bill Foley, coach Gerard Gallant and the Golden Knights players and fans see it now. You can bet on it.