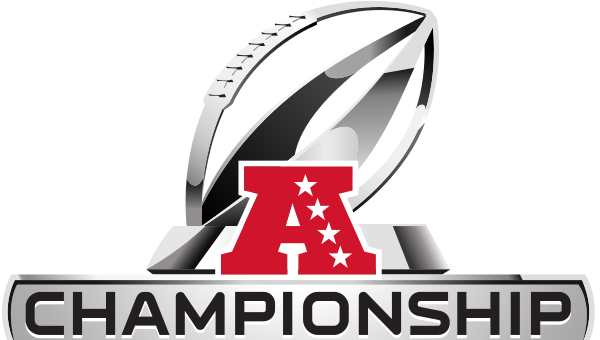 Ross Benjamin breaks down the AFC South futures odds. Ross concludes this insightful article with his own pick to win the division.

One of my early 2018 NFL predictions is for the AFC South to be the most balanced division in football. All you need to do is look at the AFC South futures odds to see how competitive this division is expected to be.

Houston Texans (+175): Houston is the early favorite to capture the AFC South crown according to a consensus of futures betting odds collected from all major offshore sportsbooks. Considering it’s a division which produced 2 playoff teams (Jacksonville, Tennessee) last year, and saw Houston finish at 4-12, it seems a bit strange to see the Texans as the projected AFC South winner. However, Houston was decimated by injuries to key personnel in 2017 and lost 9 of its last 10 games as a result.

Quarterback Deshaun Watson is once again healthy after sustaining a season ending knee injury last year. During his 6 starts and 1 relief appearance, Watson put up gaudy numbers. He passed for 1699 yards and 19 touchdowns versus 8 interceptions. Watson also ran for an additional 269 yards and 2 touchdowns.

The Texans defensive front 7 will be sparked by a trio of absolute studs in J.J. Watt, Whitney Mercilus, and linebacker Jadeveon Clowney. They also acquired a valuable offseason addition in strong safety Tyron Mathieu.

There’s a good chance we’ll see Houston being a favorite in all 8 of their regular season home games. The Texans will entertain non-conference opponents in the Giants, Redskins, Bengals, Bills, and Dolphins. Those 5 teams combined to go a dismal 27-53 (.338) last season, and only Buffalo made the playoffs.

Jacksonville Jaguars (+200): Jacksonville is the reigning division champion. The Jaguars were 10-6 last year during regular season action. They followed that up with playoff wins over Buffalo and Pittsburgh, before falling at New England 24-20 in the AFC Championship Game.

Jacksonville looks to be every bit as strong as they were last year. The Jaguars should once again field one of the best NFL defenses, and that group remains virtually intact from a season ago. Including the playoffs, the Jacksonville stop unit allowed 10 points or fewer in 9 of their 18 games.

The Jacksonville offense will once again rely on star running back Leonard Fournette. The 228-pound battering ram rushed for 1040 yards and 9 touchdowns last year. He also had 36 pass receptions for 302 yard and a touchdown. Quarterback Blake Bortles has at least temporarily silenced his many critics following Jacksonville’s successful playoff run. Nevertheless, it remains to be seen if Bortles can be consistent enough to warrant his 5-year contract extension he signed during this past offseason.

The Jaguars schedule will be a tad more difficult than that of division favorite Houston. Jacksonville plays just 7 true home games and they’ll also face the defending world champion Philadelphia Eagles in London. The Jags will entertain a pair of non-division power teams in Pittsburgh and New England.

Former New England Patriots linebacker Mike Vrabel takes over as head coach of the Tennessee Titans. The Titans will certainly be a more entertaining team to watch with Vrabel implementing a spread offense. That new scheme should maximize the strengths of quarterback Marcus Mariota who thrived in a similar offensive system while winning a Heisman Trophy at Oregon.

Vrabel was also able to lure former Baltimore Ravens defensive coordinator Dean Pees out of retirement. The hiring of Pees has fallen under the national radar but may prove to be a shrewd move after it’s all said and done.

Tennessee fans saw very little in the way of turnover to their team’s roster this past offseason. Although, the addition of former New England Patriots lockdown cornerback Malcom Butler can’t be overlooked. They also added another former Patriot in running back Dion Lewis to backup projected starter Derek Henry.

On paper, Tennessee has a less than strenuous road schedule. My prediction calls for Tennessee to make a 2nd consecutive appearance in the NFL Playoffs, and they’ll be a serious threat to supplant defending AFC South champion Jacksonville.

Indianapolis Colts (+400): There are many experts who see Indianapolis as a legitimate sleeper pick to win the AFC South. Much of that belief stems from the return of Andrew Luck at quarterback. You won’t catch me jumping on that bandwagon.

Luck’s fragile shoulder is one good hit away from the Colts season going up in flames. Furthermore, even if Luck were to remain healthy, his supporting cast leaves much to be desired. Must we not forget, Indianapolis hasn’t had a winning season or playoff appearance since 2014.

I previously picked Jacksonville to represent the AFC in the 2019 Super Bowl. The adage of defense wins championships is positively applicable in this specific instance. I’m sticking to my guns, and my AFC South futures pick will be on Jacksonville.