A Guide to Betting The World Cup

Hartley gives bettors who are unfamiliar with soccer some insight as to what and who to wager on in the World Cup.

While North Americans likely believe the Super Bowl and March Madness represent the biggest sporting events in the world, the truth is that it pales in comparison to what is wagered on the World Cup. While no exact amounts are known it is estimated that World Cup gambling exceeds $10 billion and that's only for the legal forms. In fact it was recently reported that between $700 billion and $1 trillion USD is wagered globally on all sports with about 70% on soccer so the $10 billion estimate for the World Cup isn't far-fetched.
Of course while betting on soccer is huge overseas, it is extremely small in the United States. Soccer betting in Las Vegas is minute to say the least and Major League Soccer has just never taken off in the United States or Canada to the same extent as soccer has in other countries. Thus North Americans are likely somewhat confused when they see the array of soccer options available for the World Cup. This article is a World Cup betting primer exploring the more interesting bet options available for each game and for the whole tournament and to provide some predictions for each wager. 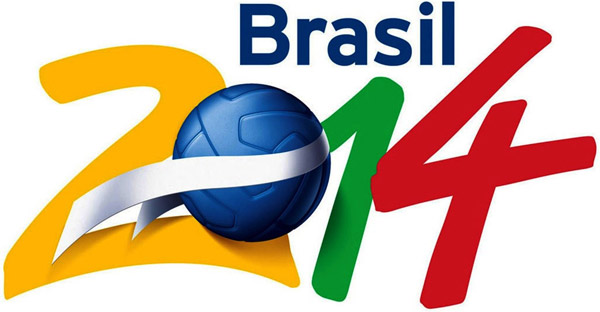 To win outright: This bet is self-explanatory. The team that wins the final game is declared the winner. Brazil is the 3-1 favorite, Argentina is 4-1, Germany is 6-1, Spain is 13-2 and the remainder are at least 20-1. Those odds are available generally including at OSGA Elite-rated books Bovada.lv, Bookmaker.eu and 5dimes.eu. In my opinion Spain is getting old and just doesn't have the firepower to repeat and Brazil, while a great team, have struggled in recent World Cups not having gotten past the quarter finals since 2002. The pressure of being at home could also play on their psyches. Argentina and Germany seem to have the best players and are my picks to make it to the end. For longshots I look to the Netherlands at 33-1 since they were dominant in World Cup qualifying and Belgium at 25-1 who have a very good youthful team which could be important as fatigue sets in.

To win the group: There are 8 groups in the tournament consisting of 4 teams with the top 2 from each group advancing after a round robin within the group. Most teams will try to win their group so as not to face another team that wins their group in the next round but there could be some strategy played out if a team prefers a different one in the next round. That said the best teams usually win their groups and it's pretty much a given that Brazil, Argentina and Germany will win their groups. Spain could face some competition from the Netherlands and Chile who were sensational in World Cup qualifying. France should also win their group at odds of 5-6 in a very weak grouping.
Stage of elimination: If a team isn't going to win a very profitable bet could be to determine in which round they will be eliminated. Obviously teams like Iran, Costa Rica and Honduras will be eliminated in the group stage but the odds reflect that. Australia is 1/10 to get knocked out in the group stage which to most bettors is unplayable although a colleague once pointed out to me that if someone offered you 10% interest on your bank account if you put it in the bank for 3 weeks you would jump at the opportunity. And the truth is that many of these teams have virtually zero chance of actually moving on past round 1 including Australia who go up against Spain, the Netherlands and Chile. Some bets worth considering for this wager is England to get knocked out in the group stage at +125 since Uruguay and Italy are better teams; France to get knocked out in the quarter finals at 5-2 odds since the team is in a terrible group which should let them proceed for 2 rounds but will likely get dominated against a much better team in the quarter finals; and Russia to get knocked out in the round of 16 at 5-4 odds. Russia will lose to Belgium but should beat Algeria and South Korea but as the 2nd team in that group would have little chance against Germany in the second round who will almost certainly win the group they would face. 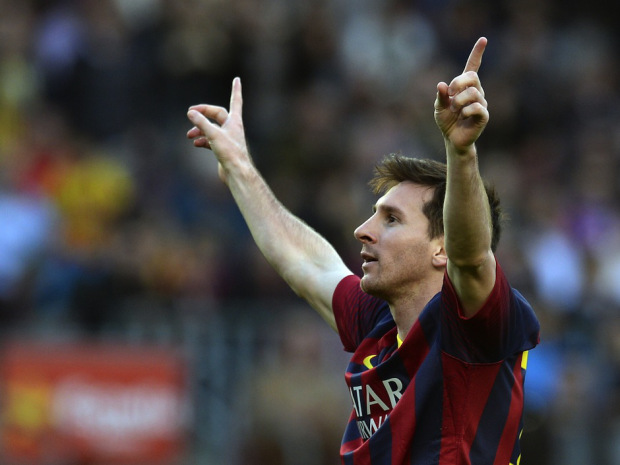 Top Goalscorer: With so many teams in the tournament this bet seems like a crapshoot but in reality one needs to look at teams which will go far in the tournament, teams that should score a lot of goals against weak opponents (most goals will take place in early rounds) and the top strikers. There's no use looking at midfielders or defensemen, the top goal scorer will almost certainly be a striker or as hockey players call it a goal hog – i.e. someone who only plays up field and takes the most shots. Cristiano Ronaldo is probably the best player in the tournament playing for Portugal but it wouldn't surprise me to see Portugal lose in the first round or definitely in the round of 16. With that in mind and looking at the groups I've narrowed down the bets to Argentina, Germany and Brazil with the top 2 strikers for each team. For Argentina Lionel Messi is clearly the best player for the team having scored 28 goals for Barcelona and 18 goals in the last 2 years playing for Argentina. Sergio Aguera is the next best player scoring 17 goals for Manchester City this year and 5 goals for the international team and the only other real contender for top scorer for Argentina is Gonzalo Higuain. For Brazil Junior Neymar is by far the team's most proficient scorer and for Germany Thomas Muller always shows up for international competitions and has scored 13 goals for Bayern Munich this year. The best in my opinion are Messi at 8-1 odds and Muller at a whopping 28-1.

Most sportsbooks also offer odds on the top team by continent, top club goal scorer and team group points. However, none of those bets offer any real value beyond what can be bet elsewhere.

Game Wagers
While the tournament outrights will command a lot of the wagering, most of the interest will be in the games themselves. North American facing books tend to have fewer options than European books although I've been told by a few books including the ones mentioned earlier that there will be a wide array of game betting options for the World Cup including in-game betting on selected matches.
To win the match or Game Totals: One needs to look closely at the wagers to win the match. Most bets will have home win, away win or the draw. Although it specifies 90 minutes of play that includes penalty time as well. I've been told in the past that when a goal is scored in the 92nd minute due to injury time to break a tie that it often invokes some dispute with American bettors who believe they should not have lost since it occurred after 90 minutes. These bets are fairly straight forward for the group stage but in subsequent rounds the game can go into extra time. It should be noted that if the game goes to extra time, a 3 way bet including the draw is for 90 minutes only and will not include extra time. Many sportsbooks will put up a 2 way line without a draw bet in which case the team that wins including extra time will be declared the winner of the bet. Sportsbooks will also put up over/under for the game (usually at 2 ½ or 3 ½ goals). This almost always excludes extra time although if there is some confusion a quick email to the sportsbook in question will resolve the concern. For those lucky enough to have a European sportsbook account some places like Bet365 and William Hill offer a "bore" bet which means that if a game finishes at 0-0 then all bets excluding the correct score will be refunded.

Correct score: While this may sound like a crapshoot, it is a popular bet because soccer games tend to be so low scoring. Generally speaking scores listed are between 0-0 and 3-2 for either team with an "any other score" option although for mismatched games higher scores will be available. From my experience betting World Cup games, 2-0 and 3-0 represent the best scoring propositions in earlier rounds. Odds for correct score generally range from 5-1 to 50-1 on higher scores.

First goal scorer or anytime goal scorer: This is always a fun bet since one can route for individual players as well as teams. As is the case with the top goal scorer in the tournament mentioned earlier, it's best to stick to strikers for the wagers such as Lionel Messi, Cristiano Ronaldo or Thomas Muller. It should be noted that a player must be on the starting line for the bet to be action. If a player is a substitute to begin the game, wagers on that player will be refunded provided a goal is scored before he comes in to the game.
Scorecast: This may not be available at some U.S. facing books but it combines correct score and the first goal scorer. And not surprisingly most books simply multiply the odds on the correct score by the odds on first goal scorer. So if say Portugal is 5-1 to win 2-0 and Ronaldo is 3-1 to be first goal scorer then a 2-0 Portugal final with Ronaldo as first goal scorer will generally pay off at 23-1 which is equal to 6.0 as a decimal (5-1) multiplied by 4.0 (3-1) which yields a decimal of 24.0 or 23-1.

Handicap betting: Sportsbooks will often put up a handicap of -0.5, -1 or -1.5 goals with odds attached. So in the Brazil vs. Croatia game on Thursday as an example Brazil is -1.5 +110 and Croatia is +1.5 -130. For Brazil to win that handicap they need to win by 2 or more goals, otherwise Croatia will be the winner. Some places also offer Asian Handicaps which are a bit more complicated. In that instance bettors will see 2 options and odds. It is a split bet. So if Croatia is +1, +1.5 +110 then it is 2 bets with ½ the wager on Croatia at +1 goal +110 and ½ the wager on Croatia +1.5 +110. If they win or draw then the whole bet wins at +110. If they lose by 1 goal then ½ the wager is pushed and ½ the wager wins and if they lose by 2 or more then the whole bet loses. Most sportsbooks will also offer wagers for the team to win with a draw being no bet or they will offer one team at -1/2 goal with odds attached so a tie bet can't occur.
Half time result: A lot of bettors like to wager on what will happen at the half. Most sportsbooks will offer odds for half time with all the same bet options mentioned before.

First corner – team to get a kick in from the opposition corner after the ball goes off a defending player over the goal line. This can often lead to goals

Own goal? – Will either team have a player that scores on their own goal?

The World Cup is always an exciting event to watch and with any luck the United States can make it through a round or two although my money is on Argentina and Germany.