A recent conversation with 5Dimes revealed some of the reasoning behind their rapid exit from the U.S. market.

It has been more than ten days since 5Dimes announced their departure from the U.S. market and players emotions have gone from shock to sadness to anger from the announcement.

Players have been regaling us with stories of Tony, the colorful head man who was kidnapped and killed nearly two years ago. They also have been contacting us over problems with using bitcoin only for withdrawals and the grading of future bets. We talked to upper management at 5Dimes this week to sort out some of the issues and ask about the timing of the sudden departure of one of America’s most popular sportsbooks.

For starters, we were told emphatically that 5Dimes is not closing, just closing to the unregulated market of the United States. They will remain in operation and look toward getting licensed in regulated markets around the world. In a perfect environment, 5D would return to the U.S., but that may take some time, and forgiveness, from the U.S. government. They are eyeing Europe and as one former employee told us, "when they were focusing on Europe, they had many large customers and did a good business over there."

We also were told that every player will be paid. And so far, though slow, payers are being paid. For players, the easiest way to dissolve an account via BTC. We have already heard from numerous players who got paid via BTC and were told that in some specific cases, withdrawal limits would be eliminated to help players get paid before the final date of September 25th. There are no checks, as they might not clear before the closing date and MoneyGram payouts are reduced to $390 and are few and far between. Best bet is to get Bitcoin going and then request a final payout.

However, we have also heard from players who have had some slow pay issues. Part of the reason here is staffing at the slowly sinking sportsbook. Many employees, including some key personnel have already jumped ship, leaving the rest to try to handle the enormous task of paying every U.S. player. Several sportsbooks in Costa Rica have already poached some of the top employees and managers.

The biggest gripe we have gotten from players, is the way the 5Dimes has handled future bets. They have gone ahead and graded all of the losing futures and have left open most of the still 'live' future bets on the NBA, NHL and MLB division winners and league champions. Ultimately, the league futures have no way to win as the seasons and playoffs won’t be over before 5Dimes’ final day of September 25th.

It is understandable that 5Dimes can’t pay winning bets that are not actually, well, winners, yet. And it may have been more favorable to players to just refund all pending futures when the announcement was made by 5Dimes over Labor Day weekend. But, there are tens of thousands of customers playing at 5Dimes and going through each bet to determine winners and loser is not really an option, especially with a shortened staff. So they are letting the computer system handle the bets the way they always have and for players who have live tickets on the Miami Heat or Tampa Bay Lightning, they are just out of luck.

Initially it was reported that players were able to transfer entire accounts to BetAnySports, who for over a decade has had a partnership of sorts with 5Dimes. 5D ran the backend of the BetAnySports systems and provided services for lines, Internet and a host of other intricacies, but ownership has always been different. We did confirm with management at BAS, that they did transfer over a handful of 5Dimes account, wholly, with all bets and balances in place, but "that was stopped very quickly and very few accounts actually came over to us." BetAnySports will be dealing the same numbers as they did previously when partnered with 5Dimes, but they are now using their own systems and welcome 5Dimes players looking at keeping the same betting experience.

This sudden reversal could also be part of the unregulated market issue. The legal landscape of getting out of the U.S. gambling market most likely meant that players had to be paid out, not transferred to continue on their rampage of illegal offshore gambling. So, despite 5Dimes transferring to giants like BookMaker and Heritage in the past, they ceased all transfers to other books within 24 hours of the Labor day announcement.

5Dimes did not reveal exactly why they are leaving the U.S. sports betting landscape but did say that after the 25th, there will be an announcement that will "make everyone understand why 5Dimes had to do this now." 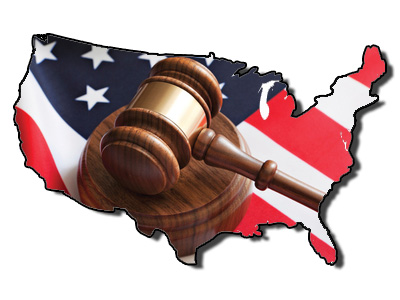 There is of course wild speculation that they are aiming to re-enter the United States as a licensed and regulated sportsbook, but that would almost take an act of God, as 5D is still actively operating in states where licensed sportsbooks are taking bets. Even comparing this case to PokerStars' re-entry is not apples-to-apples, as when Poker Stars ‘sold out’ to Amaya Gaming, that was the end of the ‘bad actors’ taking chips from U.S. players. 5Dimes has continued to operate, despite the legal landscape changing dramatically over the last three years. Unless they are selling the operation, it will be a very long road for them to become 5Dimes again for U.S. players.

Instead, they are most likely cleaning up the 'regulated market' situation prior to getting licensed in European jurisdictions, like England, Malta or Spain. From what we were told they are actively seeking licensing in other countries. There is no way they would get a UK license while still taking bets from Americans.

Or perhaps they are looking to be a provider to sportsbooks that operate in the regulated U.S. market. There is no reduced juice, there is no parlaying of anything on the board and there certainly isn't a live betting system like 5Dimes operates in the current U.S. sports betting landscape. Rumor has it that 5Dimes has already been contacted by U.S. gambling companies to provide services.

Or it could be an exit like Pinnacle made more than five years ago. The word on the street at that time was that Pinnacle was leaving the U.S. market and paying back all players to avoid any type of prosecution by the U.S. government. And it worked for Pinny. They survived and again have a vibrant sportsbook that services many European and Asian customers.

Whatever the reason, this quick exit by 5Dimes, during the most popular time of year for U.S. sports bettors, is as unsettling as it is surprising. And by the end of next week they will be gone for U.S. players. Hopefully their announcement after September 25th will reveal exactly why.